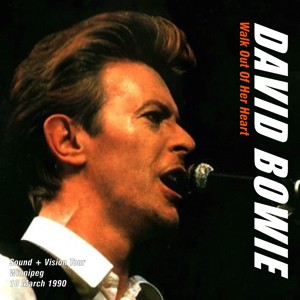 Tape flip between Ashes To Ashes and John I’m Only Dancing – seamless.
Strange noise in crowd noise after Life On Mars? removed.
Gap on tape after Life On Mars? Removed with fades, but start of Blue Jean is clipped.
Tape flip at band introductions – seamless.
Gap of around a second at 5:02 in China Girl – Let’s Dance fix from previous line of chorus.
Tape flip between Alabama Song and Young Americans – seamless.
Gap between Young Americans and Panic In Detroit. Removed with fades, but start of Panic In Detroit is missing.
Tiny gap in Young Americans @ 4:22 – removed with negligible impact.
Left channel is shot for decent part of Fame and Heroes. Right channel copied with 0.002 second offset.
Two gaps in Fame at 12 and 16 seconds. Removed, some loss of beats – and there’s clearly a lot more of the song missing.
Major static interference in crowd noise at the end of Fame. Continues for first ten seconds or so of Heroes. Faded out and in to minimise impact.
Some variations in SQ during The Jean Genie – all on the source tape.
Sector Boundary Errors removed with TLH.