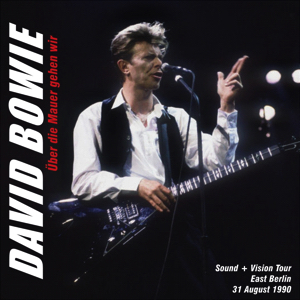 ===========================
Fix notes:
The first 6:40 or so on this recording was over-saturated. About 15 seconds into Rebel Rebel the taper clearly realised this, as there were two seconds of extreme quiet followed by a realistic level for the rest of the recording.

I cut the oversaturated section and ran it through the declipper function in iZotope RX, which restores the wave peaks. It was successful. I then restored this to the start of the recording and fixed the two ultra-quiet seconds in Rebel Rebel, in Goldwave, as best as I could. Pretend you don’t know I did it, and you won’t notice anything!

Tape flip between Ziggy and China Girl, so beginning of China Girl is clipped.