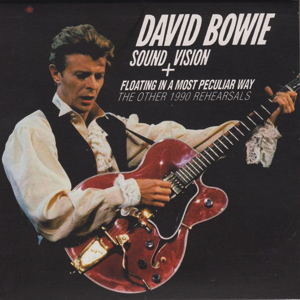 This recording features rehearsals from the ‘Sound + Vision Tour’ but differs from the ‘Overture & Beginners’ and ‘Rehearsing Sound + Vision’ bootlegs.
I think that one was recorded some time before (some songs are still far from being perfect). When I received that tape it mentioned ‘New York January 20th, 1990’
but I can’t really be so sure about the date.Maybe someone will confirm or not ?
Anyway this is a great recording, soundboard sourced, and Bowie is in really good mood, having fun like I never heard him on rehearsals before !
It also features ‘Cracked Actor’ which is the only version from the Tour I know, making this recording a ‘must have’ in my opinion.