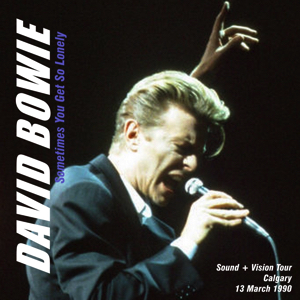 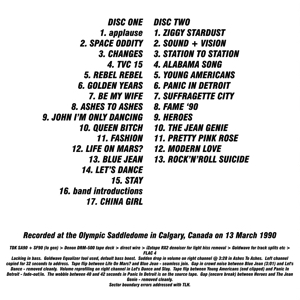 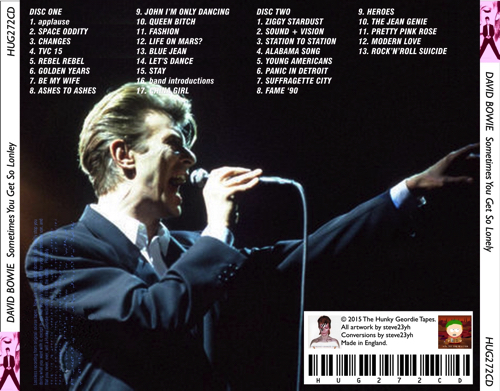 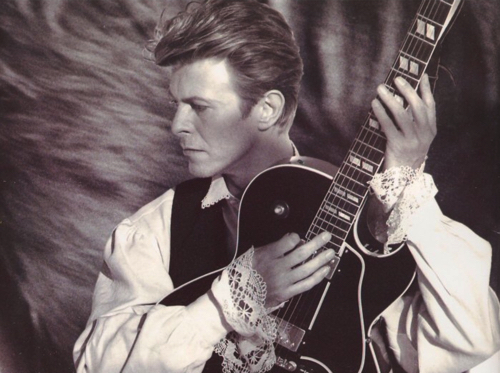 After some 20 years of deliberate excess – in dress, makeup, theatrics, special effects – the 43- year-old English star stripped his performance down to almost bare essentials for his swan song, the Sound and Vision tour.

If he’s to be believed, this is the last time he’ll ever tour with his ’70s and ’80s hits. So it was a wise move to keep the focus on the singer and the songs – giving the fans more to remember than just the event, and creating a notable contrast with overblown greatest-hits extravaganzas like the Stones’ Steel Wheels tour.

That’s not to say that Bowie and choreographer/designer Edouard Lock didn’t use the latest technology. Video, pre- taped and simultaneous, played a key role in Tuesday’s show, with images of the star and a dishy dancer from Lock’s Montreal troupe La La La Human Steps projected on a huge, transparent screen that dropped in and out of view, as well as on two side screens.

But the technology never dwarfed or distracted from what was happening on stage. There, a skinny blond guy in a white shirt and dark suit just sang, usually strumming an electric guitar, backed by four top-flight but thoroughly unflashy musicians, notably guitarist Adrian Belew.

The sound quality was much better than your average arena mush. The stage was spare, just a floor (which lit up), some “woodcut” gargoyles adorning the front, and several light towers with the capacity to illuminate the whole audience of 15,000 at just the right moments – such as for Rebel Rebel’s ecstatic, “Hot tramp, I love you so!”

Somehow, at retrospective shows, it’s those tiny moments that raise the gooseflesh and give you that near-religious thrill of memory mixed with immediacy. The crunching opening chords of Ziggy Stardust; the video image of a ghoulish black-and-white Bowie enlarging the impact of Ashes to Ashes’ lyrics; the huge white silhouette of him dancing to China Girl (unmistakable moves – you know it’s him just from an outline) lifted the show, for me, beyond just a competent showcase of past achievement.

For somebody else the highlights probably would’ve been different, since Bowie delivered a two-hour showcase including Space Oddity, Jean Genie, Golden Years, Fame, Suffragette City, Young Americans, Panic In Detroit, and many more – even a Kurt Weill/Bertolt Brecht number that suggested Marlene Dietrich might appear.

He closed with Rock ‘N’ Roll Suicide, perhaps because that’s the last song he performed before his 1973 “retirement.” Could it be rock’s great manipulator is toying with us once again?

Sudden drop in volume on right channel @ 3:28 in Ashes To Ashes. Left channel copied for 32 seconds to address.
Tape flip between Life On Mars? and Blue Jean – seamless join.
Gap in crowd noise between Blue Jean (3:01) and Let’s Dance – removed cleanly.
Volume reprofiling on right channel in Let’s Dance and Stay.
Tape flip between Young Americans (end clipped) and Panic In Detroit – fade-out/in.
The wobble between 40 and 42 seconds in Panic In Detroit is on the source tape.
Gap (encore break) between Heroes and The Jean Genie – removed cleanly.
Sector Boundary Errors removed with TLH.