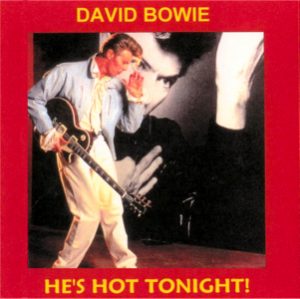 Notes:
This show is from the Sound + Vision tour.
The tour at the time was billed as a greatest hits tour with the intention of not performing the songs again once the tour was over. This show features an interesting moment during Fashion which Bowie stops the band half way through the song and after a minute or so of talking to the audience decides that they should play Queen Bitch. Once Queen Bitch is done they start Fashion again from the beginning playing it up until the end on the second go round. The other oddity is that a few setlist regulars are missing; Suffragette City, Fame and Heroes. According to Sean this is the full show and full recording.

Sean’s notes:
Brother, buddy, girlfriend and myself. Buddy ends up getting a headache before the show starts, so he pops a couple of aspirin. But, he doesnt have anything to drink. So, he starts choking. He starts looking at me pointing at his throat and I have to give him the heimlich. The show hasnt even STARTED yet. So, the show starts. The Woodlands is an outside venue. We’re out on the green with a good view of the stage and able to see up above the Pavilion. Theres a huge full moon hanging above the stage. When they get to “Let’s Dance” and David delivers his line “Under the moonlight, the serious moonlight” the crowd goes crazy. Youll hear them on the recording. Thats why theyre going nuts. A huge perfect orb right above the stage. And yes, you just may hear me asking my g/f (who has been to plenty of shows and knows Im taping) “Can’t you ever just shut the fuck up?”
Yeah. For some reason we split up a couple of months later.
Anyway, it was a great show. The recording came out very nice. It is one that I have popped in quite a bit to enjoy.
Previously uncirculated. My thanks to Weedwacker for the transfer/preservation.