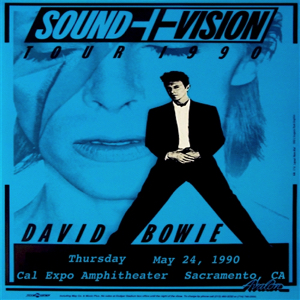 Show notes (Marcus Buick);
– The front of board area resembled a frat party mosh pit type of environment (it was a general admission show) and copious amount of alcohol had been consumed by the general public. The overall background noise presents an opportunity for an Izotope remaster of this show/event.
– The use of sub-cardioids in this environment, in my opinion, revealed too many bass frequencies at the point-space of recording resulting in node frequencies of bass-dominance that should be alleviated (equalized).

“He wore black pants, a white frilled shirt and a black vest and was the Thin White Duke that night. For the encore, he roughed up and started with Ziggy Stardust saying, “this is a song about a little girl with pink hair and no eyebrows,” recalls Warren. “During the show someone threw an orange on stage which he caught, took a large theatrical bite from and then spewed back out into the crowd! I think for all the young artistic types back then we were all drawn towards him and his music. We felt a bit alien and he celebrated that.”

Bowie’s far-reaching influence on music, fashion and culture is undeniable. Beyond that, he gave the disenfranchised, the alien, the “weirdos” permission to be themselves. 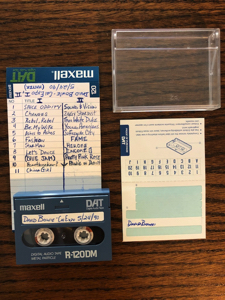 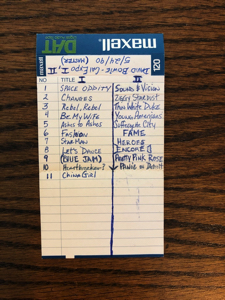 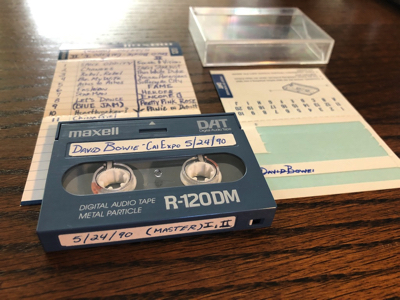