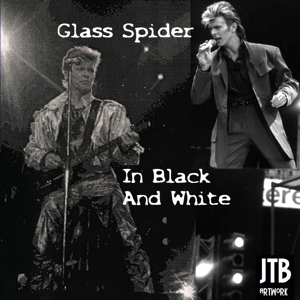 Along instrumental intro of Bang Bang 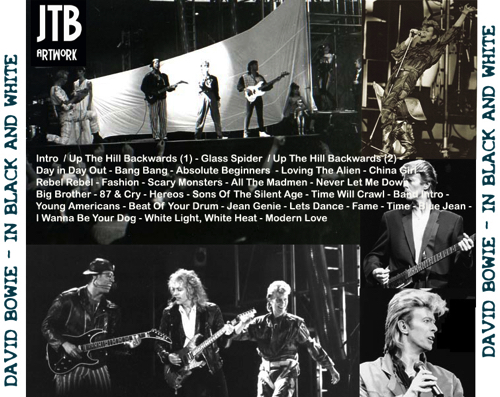 In October 1987, Minnesota was gripped with World Series fever. As Bowie came to town, an article reported that the seemingly insecure slogan “Minneapolis Metrodome, we like it here,” having been “the target of a week’s worth of razzing on radio station KQRS,” would henceforth be covered by a Twins banner. On Oct. 3, the front-page story reported that the Twins had been scandalously spotted — wait for it — drinking at an airport bar. “Pro athletes,” asked the headline, “Role models off field?”

Still, there on the cover of the Variety section was a Bowie review by Bream, headlined, “Bowie show challenges audience.” It begins, “David Bowie’s ‘Glass Spider’ concert tour is a major challenge to both the performer and his audience.” (Bowie himself, Riemenschneider points out, had originally been scheduled to play the Metrodome; low ticket sales caused the tour stop to be moved across the river for a two-night stand at the Civic Center.)

Bream said the “experience,” a 135-minute show for an audience of 10,000, mixed “avant-garde performance art, modern dance, European theater and rock music.” Noting that the show was a departure from the 1983 Serious Moonlight Tour, Bream wrote that the show was “a dizzying, sometimes dazzling and often distracting display of video-age images ranging from Bowie flying through the air a la Peter Pan to five singer-dancers carrying on like a dada theater troupe.”

In a review that was much more substantive than Anthony’s 1974 blurb — reflecting the vast jump in Bowie’s stardom over the intervening 13 years — Bream called the show “triumphant both musically and artistically,” with Bowie commanding the stage “with a magnetism and dynamism that puts him in the same league as the more athletic Bruce Springsteen, Prince and Mick Jagger.”

While Bowie’s renditions of hits like “Young Americans” and “Rebel, Rebel” were relatively straightforward, wrote Bream, the songs from his current album Never Let Me Down featured heavy dramatics that were at best “innovative psycho-dramas” and at worst “senseless productions with hip group-gymnastics like the Oscars have tried to stage for years.”

In the end, concluded Bream, the show — which took place under “a giant spider with 50-feet legs” — “was rivaled for rock ‘n’ roll spectacle only by Madonna’s recent show.”

In the St. Paul Pioneer Press, Rick Mason agreed that Bowie’s musical performance was “absolutely riveting when his vocal convictions merged with his charismatic delivery and the purposeful rocking of the band, especially guitarist Peter Frampton.” Mason also found the “assorted shenanigans that went on onstage seemed not to have much to do with the music Bowie was singing.”

Still, those dancers. “The odd characters cavorting about the stage seemed out of Bowie’s apocalyptic visions or a Fellini movie.”