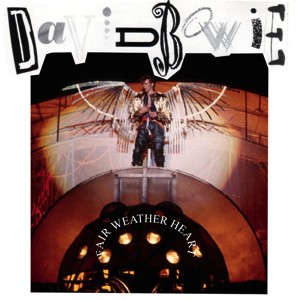 Tape flip at beginning of Absolute Beginners – seamless.
Strange tremolo wobble at the beginning of China Girl is on the source tape.
Gap during Chant Of The Ever Circling Skeletal Family at 1:50, then a tape flip at 2:31. Both fade-out/in.
Tape flip at start of Fame – seamless.