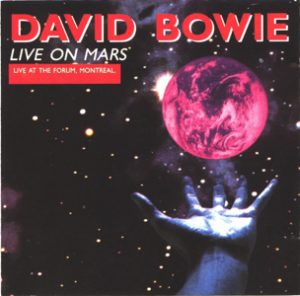 Label : Just In Time – JT804B (1983)
Audio Source : audience (This is NOT the FM broadcast)
Lineage : Master Reel > Cassette
Total running time : 1:59:37
Sound Quality : very good. Equals record or radio apart from a slight noise and some dullness.
Attendance : 16.270
Artwork : Yes
Note 1 : The last 57 seconds of “China Girl” was lost during a sloppy transfer to cassette in 1995. This has been repaired using a clip from the FM broadcast.
Note 2 : This is NOT the FM broadcast. It was taken from a “Reference Tape” of the complete performance. It was recorded to document the 1983 Serious Moonlight Tour.
A planned double album never saw the light of day. “Modern Love” from this set was used on 1983 EMI single EA 158(UK)/8177(US).

magnificent concert:
“This is a new song,it is a song nouveaux, haha,and iL’s called China Girl:” Bowie says and gives a marvellous rendering of the number. The height of
the concert was Fame: Bowie took the balloon on his neck,then fucked it,and then busted it to pick up the broken pieces:
The entire concert,with the exception of Breaking Glass,Golden Years TVC-15 and Stay was broadcast on American FM radio in the series ‘Supergroups in Concert’. A 100 minutes recording,naturally at a mark 10 quality! The sound mixing is superband it gives a fine impression of the masses of The audience. Excellent quality,great concert,perfect atmosphere, what more could one wish for? George Simms’ announcement is great too,with echoing and hys terical crowds in the back­ ground.

The programme is interrupted four Limes for commercials.
“You’re listening to Supergroups,with David Bowie in the 1983 Serious Moonlight Tour. You’ll hear more,right after this” – commercial – “And now more from David Bowie on Supergroups”.
This was a magnificent concert:Bowie showed more energy, danced a lot more,sang bet­ter and with more intensity than during the last two concerts . 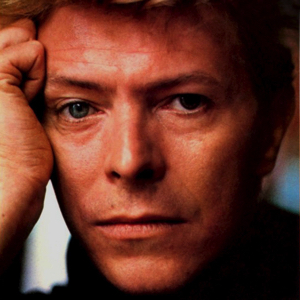 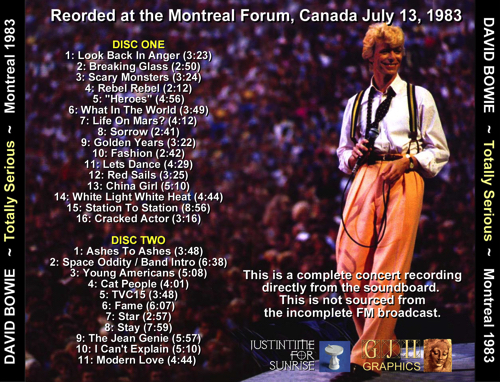 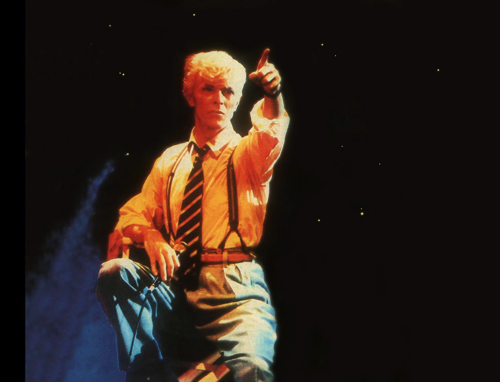