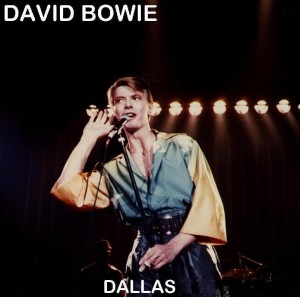 A film crew of the American TV filmed the whole concerL,but only the above numbers ( 03,06,07,08,16,17) were broadcast. This film was sold to many TV programmes in a large number of countries, and it has been often broad-cast partly or wholly,especially Blackout and Ziggy Stardust. Whenever in a documentary film or some other programme on Bowie you seeparts of these numbers,they are sure to stem from thisrecording.