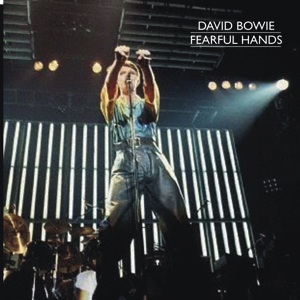 It is a good tape,
but in spite of it’s good sound quality it is hard to understand what Bowie says when he is addressing the audience,e.g. after Fame,when he says more than just the information that there will be a 10-minute break. “Good evening San Francisco” he says,when after the intermis­sion he has returned on stage,“I’d personally like to – ah, well thank you very much! – I’d like to introduce you to the members of the band”,and after this intro he says some more, but that is unintelligible. In a very low voice,almost whispe­ring, Bowie says: “W’ll continue with a selectior. of very old songs” and the audience respond with enthusiasm which gets even greater when Five Years begins.

Tape flip between Breaking Glass and Beauty and the Beast. Fade out/in, but start of latter is clipped

LISTEN OUT FOR FLUBBED ENDING TO SOUL LOVE