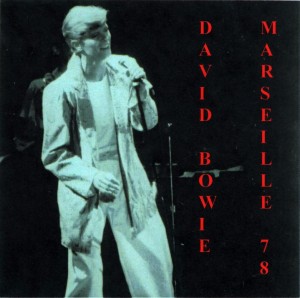 In taper circles the version circulating had always been garbage and for completists only. Then around 1990 or so I made a trade for this version, which was on a list that said better quality. Then I received it and realized I had really stumbled upon something good. The show is nearly complete, with small cuts in Ziggy Stardust and Rebel Rebel. In addition, the quality is really solid. This is a nice recording to my ears, full stereo sound perhaps, good depth to the instruments and the like. The more I listened to it, the more I liked it, and it has one of my favorite versions of “Heroes” I did ask my source at the time if he had a fuller version, alas he said this was how he got it. The cuts are clearly the result of using a 90 minute tape, cutting off the end of each side, and I am sure a full version of this show does exist as there are no other cuts.