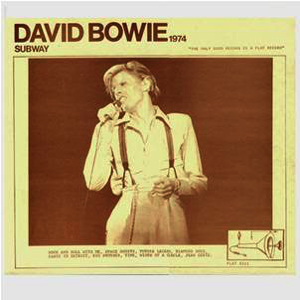 CONTRAST CLAUSE :
This is indeed the same concert as the Joe Maloney recording of 16 July 1974. Not only that, it sounds very much like it was sourced from a copy of his tape. However the sound here is slightly more vibrant to my ears, and this is one of the earlier Bowie bootlegs, it is of historical interest. 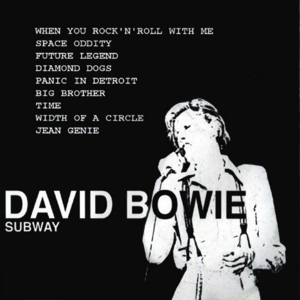 The guy who runs the Bowie “Gouster” website – focussing on Bowie in his ‘soul boy’ years from 1974-76 – had noted this LP was from Boston 16 July. I was a little surprised, but he was right, it definitely sounds like the same gig!

Click Repair was carried out…some vinyl rustle is still audible but overall this a great sounding recording – a lot better than I expected! 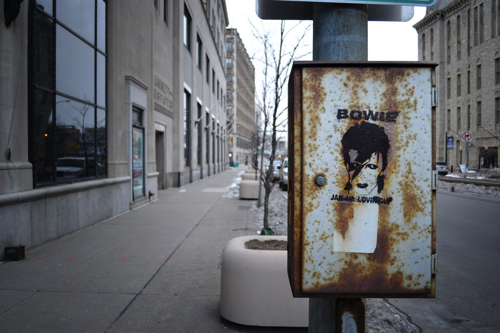 COMMENTS 1 : Tim Bucknall
Queen Bitch in 74? now i am intrigued!
I the vocals are a bit too loud compared to the band and i wish they’d included Watch that man but overall i’m really happy to own this LP, Panic in Detroit is splendidly funky!

COMMENTS 2 :
The first 1974 tour bootleg to appear, but venue unknown (last I heard, believed to be Clevaland 18/6/74, but wholly unconfirmed).