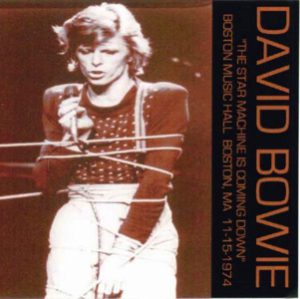 Bowie starts playing Changes ,but then suddenly stops: “Still don’t know what I was waiting for,and my time was run­ ning wild … I wanna do a fast one … Panic in Detroit”. He gives the band a sign and Earl Slick starts.
Then Changes af­ter all; lots of hysterical screaming of the audience during this song. They are wildly enthusiastic and clap along with many a song,which lends the tape a fine atmosphere.

Al­ though this is the last part of the tour,Bowie’s voice is still powerful. Rock & Roll With Me he sings beauti­fully,and halfway the song he explains to the audience what it is about: “This is called When You Rock & Roll With Me, it’s about me,and singing and why people would do – getting on stage and sing. I wouldn’t he able to … you start off thinking one thing,and you would end up thinking another – the music sings for you, and kind of makes it work that way. I suppose that’s what it’s about”. 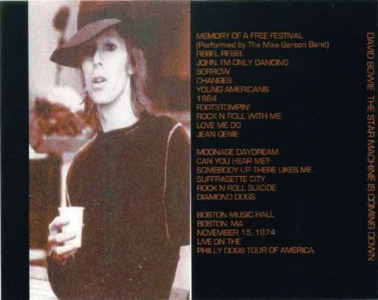