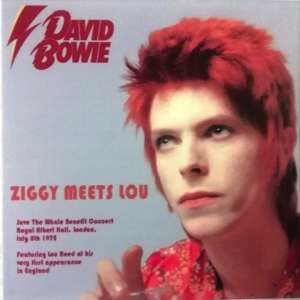 This recording is from an alternate source, and is not from the same source as the Halloween Jack version (Live 1972) or the CDs “Live With Lou” and “With Lou Reed”.
This is a complete recording without cuts. An upgrade to previous available source.

This concert was organised by The Friends of Earth in order to raise funds to save the whale from extinction. Bowie was the main act of the show; he was preceded by Marmelade and the jSD Band. The latter had had some sound trouble and when Bowie started this had not yet been resolved completely. On coming on Bowie says: “I’m David Bowie and these are the Spiders from Mars,we can have a wonderful system in a minute but this is something about you” and Ronson bursts into Hang on to Yourself.
Bowie introduces the majority of the numbers in extenso ,but most of what he says is unintelligible. Andy Warhol he introduces with a long story about Andy Warhol being a New York painter,and on Amsterdam. he explains that a Belgian wrote the song and an American translated it into English. The audience listen to Bowie’s words with great attention and in complete silence. There is a surprise after Moonage daydream when Bowie announces Lou Reed: “He’s still playing and he’s now in England.and this is his very .very,very first apperance anywhere in England.ladies and gentlemen:Lou Reed”
received with enthusiasm.and White light,White Heat,Waiting for the Man and Sweet Jane,All the three sung by Lou Reed,are given a big hand; yet the audience do not fotget it was Bowie the have come for.As a matter of act ,Reeds singing is difficult to hear.
Suffragette City is played as extra and at the end of the concert the audience were presented with promotion posters and photographs. 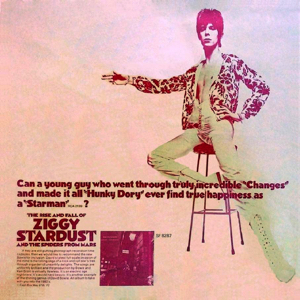 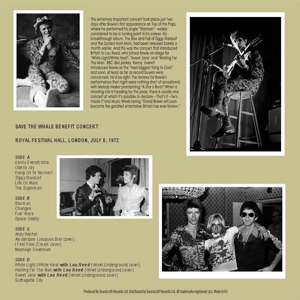 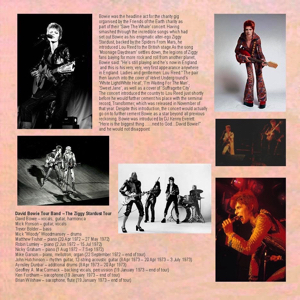 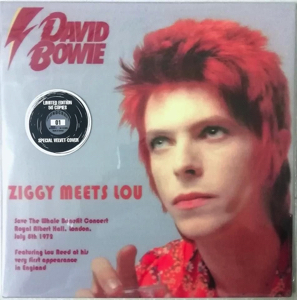 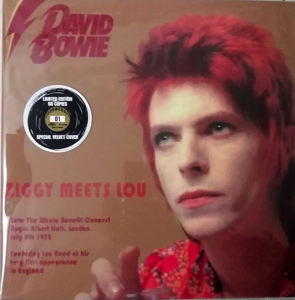 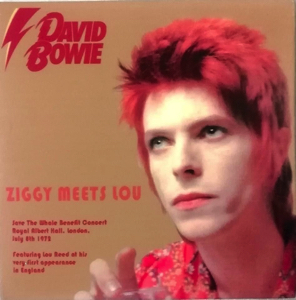 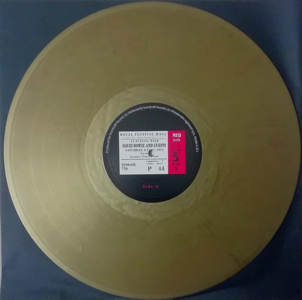 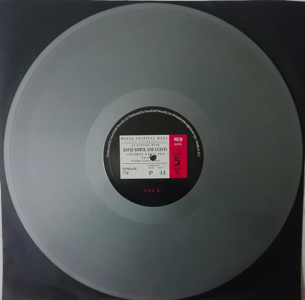 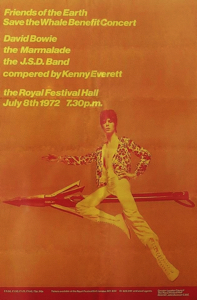