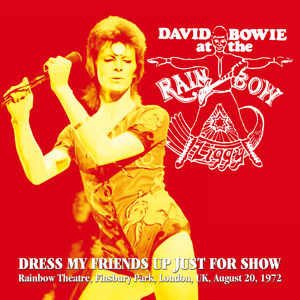 This only surfaced a year or so ago, and is the second night of the “Ziggy Stardust Shows”. Again the lyrics to “Starman” were changed. This one is much much clearer than “Starman Over The Rainbow” .This is the only show I have come across where Bowie sings Lady Stardust

David Bowie’s show at the Rainbow theatre towards the end of the 1st leg of his first UK tour of his 1972 tour just as his touring venues begun to get larger and larger, promoting the ‘Ziggy Stardust and the Spiders from Mars’ album has been one of the Dame’s bootleg staples for a while, originally released as ‘The Rise Of Ziggy Stardust And The Spiders From Mars’ (K-West records) and ’Screwed Up Eyes and Screwed Down Hairdo’ (No Label) on vinyl, with digital copies being released previously as ‘Live At The Rainbow’ (Grow music) and ’Street Scene’ (Dasuye CDR) – this EAP version claims to come from a newly sourced audience recording from a private collector who has been sitting on this version for a while, in essence though, hearing the cut at 2:17 of ‘Width Of A Circle’ – I might suggest this is a copy of the very same but embellished a little by EQ – That they’re thin on the ground however, this is an attractive alternative.

The sound of this newly found tape is a mono recording, a little bassier than previous releases, each instrument is afforded a bit of space but Mick Ronson’s guitar is turned up just that little bit louder than most. It’s less ‘hissy’ or air filled than previous higher generational tapes. The audience don’t affect the atmosphere, generally awestruck quiet when the music plays, they flourish between songs with a muted applause. The only time you really hear them chatter over the music is at the introduction for ‘Wide Eyed Boy From Freecloud’ but as soon as the band kick in, they melt in to the background.

As always, and it shouldn’t be so, I’m still surprised by the ferocity of the band – when you’ve listened to ‘The Rise And Fall ..’ LP so many times then switch on to the live shows, you appreciate just how much that the band were really, really tight live too – Trevor Boulders bass as effortlessly gliding as Mick’s guitar with Woody’s drumming almost militant in force. Of course, we can’t forget Mike Garson’s part in all of this too, energetic and dramatic piano lines which edge on the side of grandiose but without sounding too ‘hotel lobby’. The quartet were the perfect backing to this richly cut voice and shows both Bowie’s excellent choices of musicians throughout his career and the power that Bowie’s shows had back then – bigger and bolder than some of his studio works. 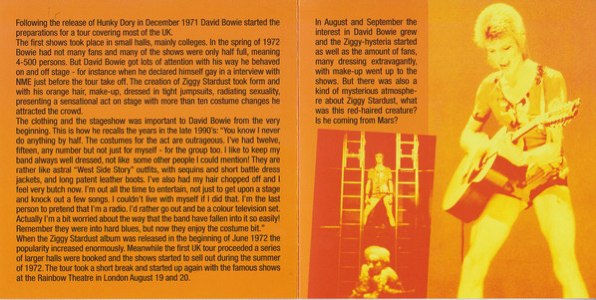 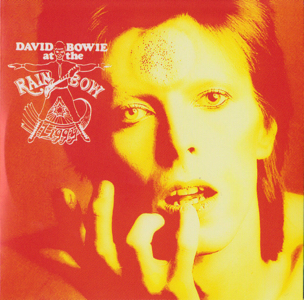 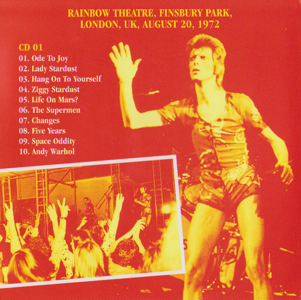 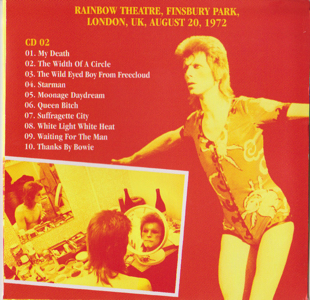 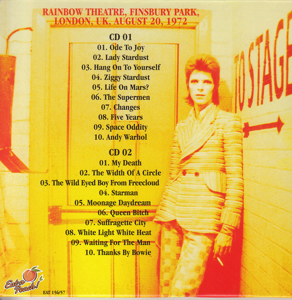 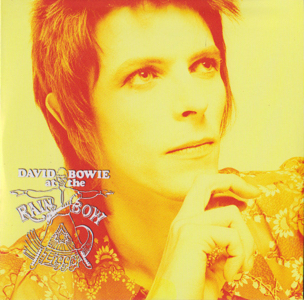 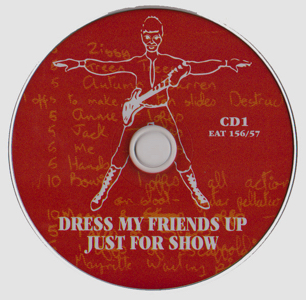 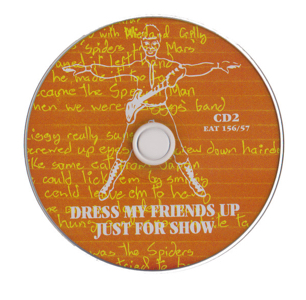 “At the end of one of the Rainbow concerts, David said sorry for not doing an encore but they had played all the songs they knew!!” – Cliff Masters (2001)