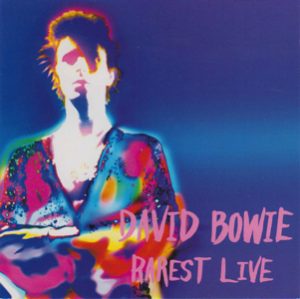 This is the famous concert that was recorded by RCA .live on American radio.

Griffin Santa Monica ’72 Press Kit Notes:
The first title to be released on Griffin Music, in association with Trident Music and MainMan, will be David Bowie “Santa Monica ’72”. The tentative release date is scheduled for February 28, 1995 for North America only. In 1972, after completing a successful tour in the UK, David Bowie set out on his first US tour. Shocking and delighting people worldwide with his Ziggy Stardust persona, Bowie was now reaching the pinnacle of fame. On October 20, 1972 David Bowie and the Spiders From Mars played the Santa Monica Civic Hall. This concert was broadcast over the FM airwaves and has since been considered one of the most popular bootleg recordings ever. Trident Music saved this recording from the vaults, digitally remastered it and has made “Santa Monica ’72” an official release. Griffin Music brings this recording to you as it happened, no overdubs and plenty of on-stage banter between the band and audience. The set list is compiled primarily from the “Hunky Dory” and “Ziggy Stardust” albums, and contains two cover tracks, the Velvet Underground’s “Waiting for the Man” and Jacques Brel’s “My Death”. Complete with rare photos and memorabilia, this Bowie title is an essential addition to fan’s and collector’s libraries. “Santa Monica ’72” is definitely one of the most exciting and important live recordings to date. 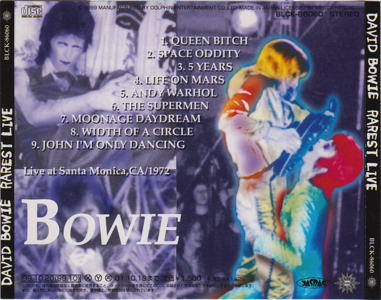 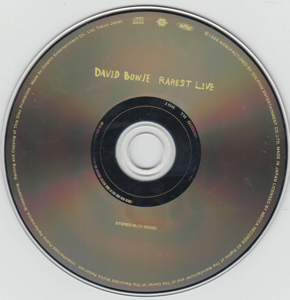