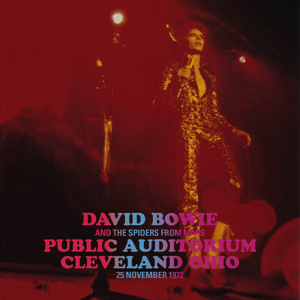 An audience recording of a complete Ziggy Stardust show.
Killer performance in front of his favorite US fans at the time. I believe this was his third performance in Cleveland in two months. Worth the download just for the mind-blowing rendition of “Width.”

This recording is a couple of minutes too long to fit to on a CD. An alternate outro is included, that can be used instead of the full outro to burn to CD. 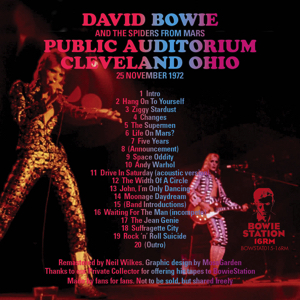 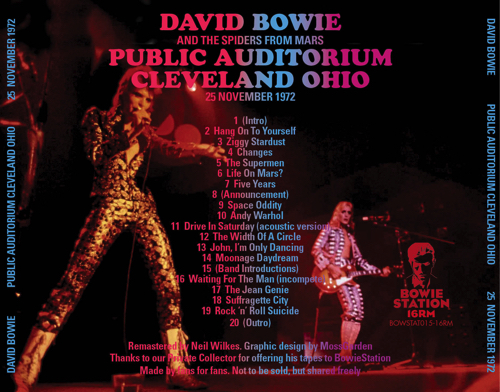