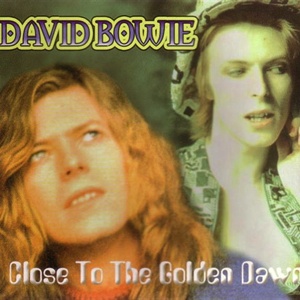 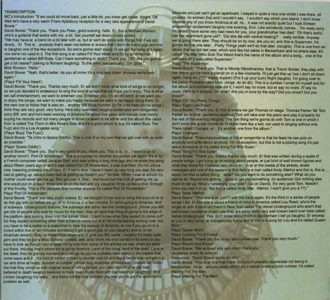 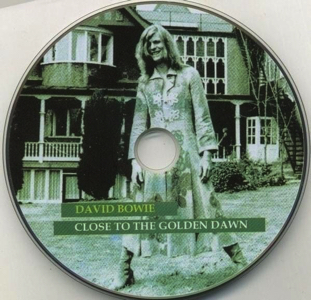 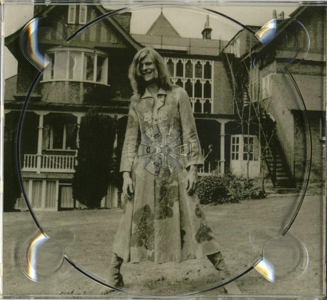 According to gsparaco at collectorsmusicreviews.com: “This is a very good and clear audience recording that some speculate was recorded on semi-professional equipment. For many years it was hoarded by high end collectors but finally surfaced in 2003. Except for BBC sessions, this is the earliest recording of David Bowie in circulation.”

After playing The Supermen he comments “I’ll just get this up because I don’t sit down again”, meaning he was sitting for the early acoustic songs with the mic stand set low.

David Bowie: “Thank you. This is where we get Tom Parker on stage, ex Animal. Tom will take over piano and play it properly for the rest of the evening. The first thing we’re gonna do with Tom is one in which “I don’t know the guitar chords, so I’ll stand here like a twit, not used to singing without one” called CHANGES a new one from the album.”
Meaning he is not yet accustomed to performing as a frontman without the guitar to hide behind, so to speak.
Amazing to hear the ultimate performer say that he was still not used to being on stage with no instrument between him and his audience, and he felt like a twit!