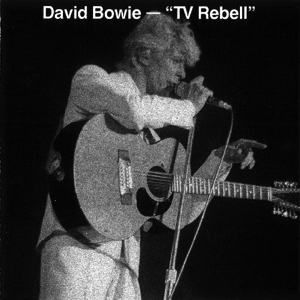 01. Lieb’ dich bis Deinstag (Love You Till Tuesday).flac
02. Mit mir in Deinen Traum (When I Live My Dream).flac

Recordings for a cancelled German TV show from 1967.

This German bootleg was made by NICO, who was a well known German Bowie mania and who brought out some special recordings also in cooperation with the EMI label. The text is German and the English translation goes something like this:
“There are in popmusic always songs of which you know, they exist, but hardly anybody has ever heard them. This is true for these two songs by David Bowie “Love You Till Tuesday” and “When I Live My Dreams”. In the here offered version David Bowie recorded the songs in 1967 in a studio, to release them after a German TV-show for the German market. But the TV-show never made it into the TV, so these versions weren’t released either. Now by accident these versions reappeared on an accetate which was sold at “Sotheby’s” and now are offered to a wider audience of fans. Don’t be too critical on the sound quality, though it was already made better in the studio, but this is a piece of unreleased pop history. n.i.c.o. 1988″.

Both songs are partly sung in German by Bowie, but most of the songs are sung in the English original style.
.