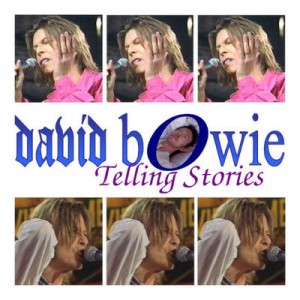 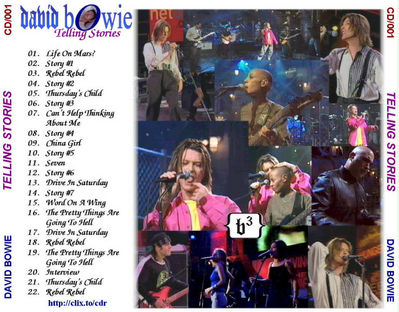 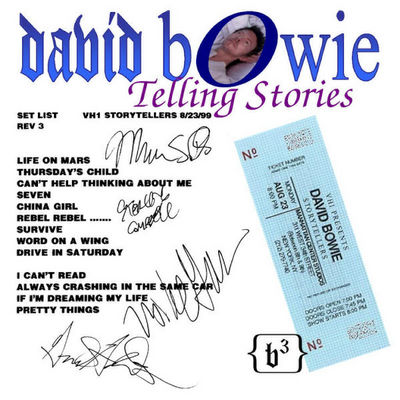 “Oh you don’t know the half of it.” Said in an over-the-top manner, this was David Bowie’s inauspicious kick-off to an over-sentimental start to “Life on Mars”. Like the rest of his 1999 performance on “VH1’s Storytellers” series, it poses a question, or more accurately, suggests the audience will be privy to inside information. But the answers don’t come during a mostly tepid eight-song set.

Broadcast in August 1999, a quarter-century after he hung up his Ziggy Stardust kimonos, this episode teased fans with a rare chance to hear the shape-shifting artist discuss and deconstruct part of his mythology. Bowie was running on the fumes of what was a disappointing decade– between albums like Earthling, Outside, and the then forthcoming Hours…– but if anybody had an iconic back catalog, a colorful personal narrative (or narratives), and an amazing supporting cast to draw stories from, it was Bowie. Sadly, only flashes of his wit and gregarious storytelling come out during his television performance.

Standing at the center of what looks like a bad community theater stage set, entertaining an overly polite audience while donning a gray hoodie, Bowie comes off likable and very off the cuff. Take his introduction to “China Girl”. After a hushed retelling of a story about a story– Iggy Pop, over coffee, recalling a 1970s Berlin punk show where German artists built and destroyed a replica of the Berlin Wall– he says, “this is a song I wrote with Jim at around that time, and I guess this one’s also about invasion and exploitation, take it away, Mike.” There’s no mention or insight into Nile Rodgers, the Nazi reference in the song, or the then-controversial, award-winning music video– just a somewhat interesting little tale followed by a piano intro better suited to some low-budget made-for-TV movie. His storytelling continues in this vein, jumping between the Paul Anka connection to “Life on Mars”, an Eartha Kitt obsession and the shocking admission that the mid-70s was a dark, drug-fueled period impervious to recall. What’s especially frustrating is that he’s charming and self-deprecating, tossing out casual references to a meeting with Abbie Hoffmann and doing an amusing Marc Bolan impression, suggesting he could actually tell dozens more interesting, relevant, and revealing stories if he felt like it.