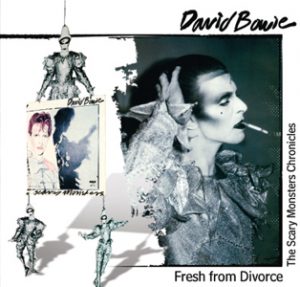 All familiar stuff on this Godfather release (see also Vampires Of Human Flesh and Glamour). What you get is the ten Scary Monsters outtakes that appear on VOHF, Tired Of My Life (the Aladdin Sane outtake) and some other contemporary oddities (TV appearances, rare takes).

What makes this release stand out is the sound quality on the Scary Monsters outtakes. On Glamour, they’re bassy and you suspect the speed may be wrong; I haven’t got VOHF but understand that bassiness is an issue here as well.

These fellas are absolutely spot on, official release quality. Quite outstanding.

The weakness, ironically, is that Godfather have stuffed too much on. The TV apps and rarities are completely unnecessary (it’s not as if Bowie fans haven’t already got them many times over) and with the SQ being a little lower, it dilutes the whole. But it’s a relatively minor quibble. 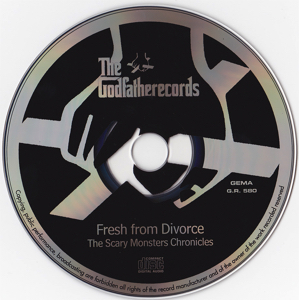 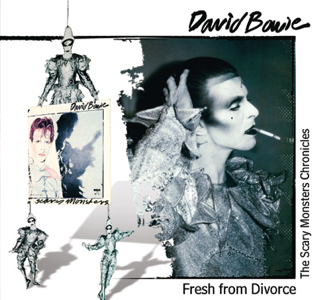 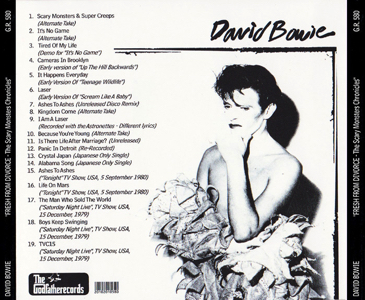 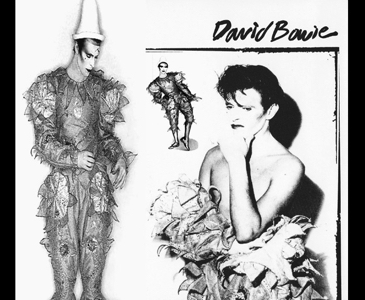