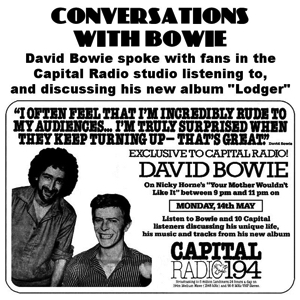 Bonus:
Two Gentlemen In New York. FL Records – 080284
On October 5, 1979, David Bowie and John Cale went into the Ciarbisstudio, which is located on top of a house or appartment complex in the city of New York.
They recorded some songs there. Here are some results of these uniQue rehearsals!!

Side 1: Velvet Couch
Side 2: Piano-la 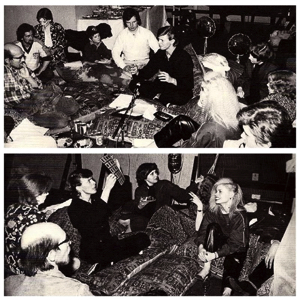 I purchased this numbered limited edition bootleg single, back in the “old days” from one of them “dodgy” mail order services, I expect some time after 8th February 1984, if the release code is to be believed. 😉 In fact, I purchesed 3 copies, expecting that one day they’ll have some value, considering it was limited to 500 copies. I received Numbers 298, 302, and 303. I guess the “inner Circle” got the important numbers. 😆

In any case, my copies have had very limited airings over the last 25 years, and so this vinyl rip is probably as good as it gets.