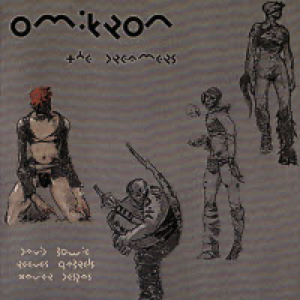 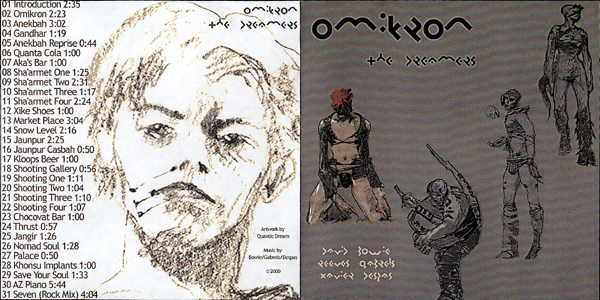 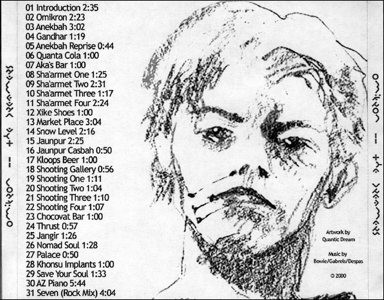 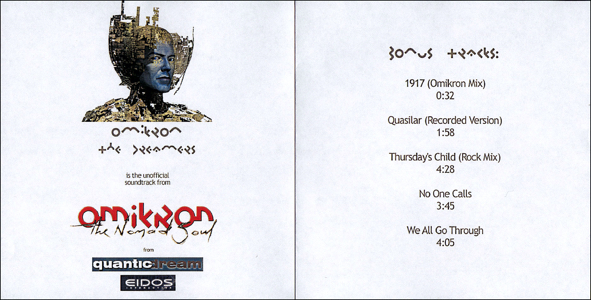 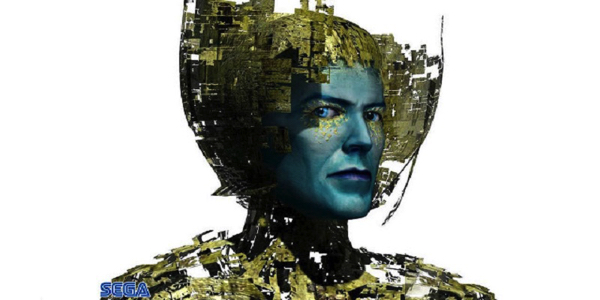 Synopsis: The Nomad Soul is set in a futuristic city known as Omikron, which is a densely populated metropolis on the world of Phaenon, the second planet of the star Rad’an. At the start of the game, players are asked by an Omikronian police officer named Kay’l 669 to leave their dimension and enter Omikron within his body (therefore breaking the fourth wall). After doing so, players continue with the investigation of serial killings that Kay’l and his partner Den were originally working on, attempting to pick up where Kay’l was apparently stopped from investigating. The city of Omikron exists beneath an enormous crystal dome which was constructed to protect against the ice age that Phaenon entered after its sun’s extinction. The city is split into four different sectors: Anekbah, Qualisar, Jaunpur and Lahoreh. Because it is forbidden for the inhabitants to leave their respective sectors, each area has developed uniquely, which is reflected by the diverging lifestyles and architecture. Common to all Omikronians, however, is the heavily oppressive and controlling government which is run by a supercomputer called “Ix”.

Story: Soon after the beginning of the game’s introduction, the player begins the investigation in the Anekbah sector. He uncovers information that suggests the serial killer he is looking for is in fact not human but actually a demon. When members of an apparent underground, anti-government movement contact the player and confirm his suspicions, the investigation deepens and uncovers information; one of Omikron’s chief police commanders (Commandant Gandhar) is a demon pretending to be human and lures human souls into Omikron from other dimensions by way of the Omikron video game. Kay’l 669 asking the player to help
him was a trap: supposedly, if the in-game character dies, the real human playing the video game will lose their soul forever. Despite many assassination attempts on the protagonist’s life by other demons working behind the scenes, the player destroys Ganhar with supernatural weaponry.

After this brief victory, the player is invited to join the mysterious anti-government movement named “The Awakened” (referring to the fact the characters have “awakened” from the lies and drugs of the government). The Awakened work in tandem with an ancient religious order who are led by “Boz”, a mystical being that exists in purely electronic form on the computer networks of Omikron. The Awakened refer to the protagonist as the “Nomad Soul” since he has the ability to change bodies at will. The Nomad Soul learns afterwards that what is going on in Omikron is merely an extension of a thousands-of-years-old battle between mankind and demons led by the powerful Astaroth. Astaroth, who was banished to the
depths of Omikron long ago, is slowly regenerating power while using demons to both collect souls and impersonate high members of the government; he believes he can eventually take complete control and move across Phaenon and the Universe beyond. Only by harnessing ancient, magical technology and by re-discovering several hidden tombs underneath Omikron’s surface, can the Nomad Soul hope to discover how to destroy Astaroth, return to his own dimension, and prevent his soul from being captured by demons.

David Bowie, who had some input into the story and game’s design, has two cameo appearances within the game, although not as himself; first as Boz, a game character who’s a revolutionary wanted by authorities, and secondly as the nameless lead-singer of the fictional musical group, “The Dreamers”, who perform illegal concerts in Omikron.

Gameplay: The game combines the mechanics of distinct game genres such as Adventure game, First person shooter, and Fighting game, but focuses primarily on adventure gameplay, with FPS and fighting game gameplay provided in very few, but key, circumstances. One of the main features in this game is the possibility to reincarnate in a different world character upon the death of the one you “incarnated” in, though losing all the experience earned.

Trivia: The game’s soundtrack is a main feature as well, featuring songs by David Bowie and Reeves Gabrels (most of which appeared on the 1999 Bowie album ‘hours…’ or as B-sides on the associated single for the song “Thursday’s Child”) in addition to the primary composition work by Xavier Despas. Most of Bowie’s songs are then available (in-game only) for later listening if the player opts to “buy” the recordings of them within the game.

Bowie’s wife Iman Abdulmajid also makes a cameo as one of the numerous Omikronian citizens the player can “reincarnate” into.

The game received mixed critical reaction, but achieved enough success with a cult audience that Quantic Dream began production on a sequel entitled Omikron 2: Exodus which was to take place hundreds of years after the events in the first game. Tensions between the publishers,

Eidos Interactive and the developers led to the game winding up in development limbo. At the time, it was unlikely that the game would’ve ever been completed since Eidos originally controlled most of the rights to Omikron. Eventually Quantic Dream severed ties with them in favor of working with Vivendi Universal, and then Atari, to pursuit other projects such as Fahrenheit (known as Indigo Prophecy in the US).

On April 6th 2005, Omikron 2 was announced along with a new franchise, Infraworld. It has been confirmed by series creator David Cage himself, that the old title for Omikron 2, Exodus has been dropped and renamed to Karma. Infraworld was eventually cancelled a few months later (as the concept did not appeal to its publishers) and now another new franchise is taking its place, which is titled Heavy Rain. As of June 27, 2006, Karma has been temporarily cancelled due to production for Heavy Rain.

Omikron makes a cameo appearance in Fahrenheit in the form of a news story which can be read by Tyler Miles when he logs onto the Internet from his work terminal.

Another reference to Omikron in Fahrenheit where the character Tyler has a small figure of the robot Soks and refers to him as “His favourite character from his favourite video game.”