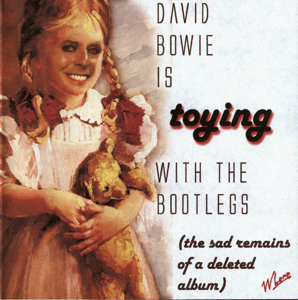 This bootleg is an attempt to recreate David Bowie’s deleted Toy album, enthusiastically recorded in July-October 2000, re-recorded in March-April 2001, but later shelved by Virgin and forgotten by David himself in favour of the 2002 Tony Visconti collaboration. 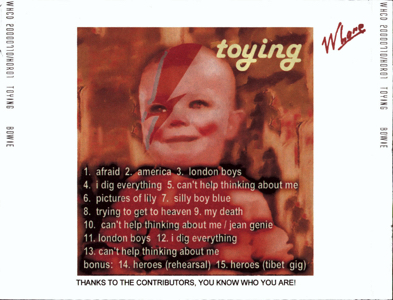