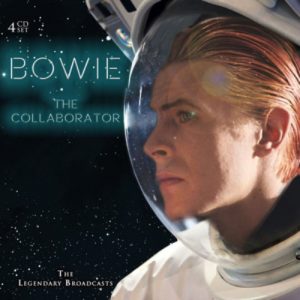 For Bowie fans who have all the available official releases already, this four CD set is a worthwhile purchase as an addition to the collection. As these types of recordings go, the sound quality is generally very good – three or four tracks on CD4 sound a little ‘muddy’.

Disc 1 features tracks from the 1980 Floor Show from October 1973, so post the last Ziggy show on July 3rd. It is very much the Ziggy era sound and, of course, the real curio here is the duet of ‘I Got You Babe. It’s also interesting for the live version of tracks from Pin Ups. The only sound fault I noted on this disc was a momentary drop in sound on ‘Time’ at about 2:29. Sadly it also fades 1984 before it gets to the ‘Dodo’ part and instead goes straight into ‘Can’t Explain’. The fade isn’t too messy but it would have been good to have the full 1984/Dodo.

disc 2 was of least interest as the 1978 live sound is already well represented by the Stage album. However, it’s a pleasant enough listen and it’s nice to have a live version of ‘Suffragette City’ from this period.

Disc 3 might also appear of less interest if, like me, you already have the Back in Anger double cd set of this gig with the Nine Inch Nails. The big advantage of the version included here is that, unlike Back in Anger, it doesn’t have the jumps on ‘Andy Warhol’ and ‘Breaking Glass’. It does still have some of the ‘clicking’ in the background on ‘Under Pressure’. Also you don’t get ‘We Prick You’, ‘Joe the Lion’ , ‘A Small Plot of Land’ and ‘Teenage Wildlife’ that are included on the Back in Anger album.

Disc 4 contains a set of tracks taken from various radio and TV broadcasts. It’s level of appeal is likely to depend on the Bowie era you favour – 5 of the 16 recordings from 1975. My main interest in this CD was this Young Americans era material – I have always had a soft spot for the medley with Cher because it is so cheesy. It helps if you are also an Iggy fan as tracks 7, 8 and 16 are him performing songs from The Idiot album. Bowie, of course, co-wrote these – I don’t know if this was sufficient for the compilers of this CD to include them or if Bowie is also playing keyboards as he did on Iggy’s tour at around this time. It’s a shame this final disc didn’t include some of the songs Bowie performed at his 50th birthday celebration with Lou Reed.

Disc 2 – The live broadcast of the last night of The Isolar II World Tour from the NHK Hall in Japan on 12th December 1978. Collaborators include Adrian Belew, who would later join King Crimson, and violinist Simon House, who formerly played in Hawkwind.
01. Warszawa
02. “Heroes”
03. Fame
04. Beauty And The Beast
05. Five Years
06. Soul Love
07. Star
08. Hang On To Yourself
09. Ziggy Stardust
10. Suffragette City
11. Station To Station
12. TVC15 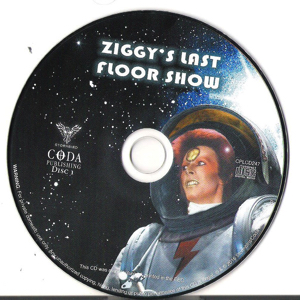 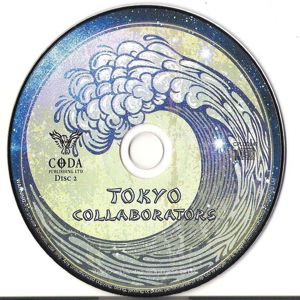 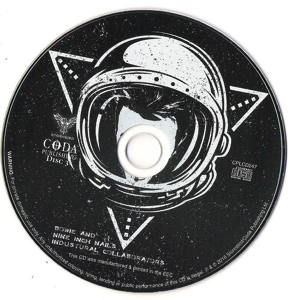 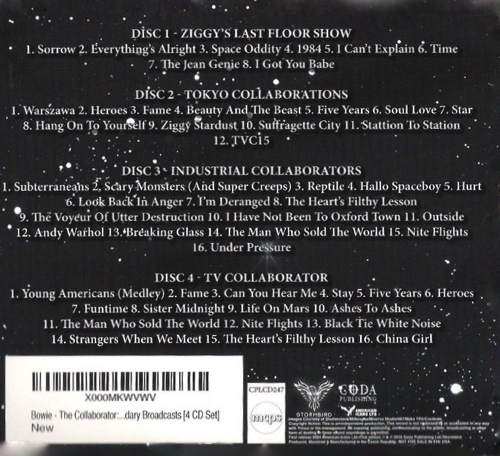