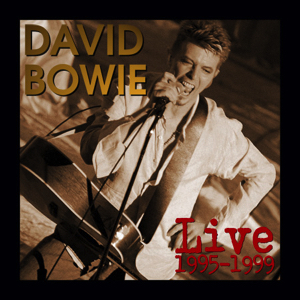 None of these tracks have ever been issued on any official ALBUM (including any reissue editions). The songs have been culled from various officially-released CD singles, EPs, and promos.

Tracks 2, and 13 from the Hallo Spaceboy U.K. CD maxi single.

Track 14 from the Strangers When We Meet U.S.A. CD single.

**Tracks 7, 8, and 9 are in their same running order, as found on the source CD. This is due to audience applause being cross-faded between the tracks on the source CD, creating artificial segues, which cannot be rearranged without sounding “chopped”. The actual setlist of the performance at l’ElysÈe Montmartre on October 14th 1999 can be found by
searching online.

The tracks contained within this compilation, span five years from 1995-1999. The image used in the album art is from The Vic Theater in Chicago, on September 19th 1997.

Further live tracks from 1997 can be found on the self-released compilation, LiveAndWell.com: