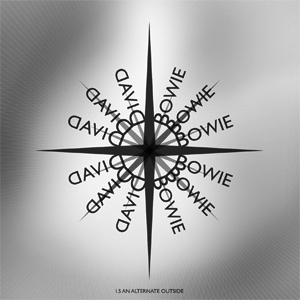 David Bowie 1.5 An Alternate Outside – A recreation of the album ‘1.Outside’
Sound Quality Rating

A recreation of the album ‘1.Outside’ using alternate versions, B-sides and sections of The Leon Suites.

It would be possible to make many different versions of this edit, but this is my version.

This version does include commercially available material and so cannot be shared on trackers.

Audio quality has been a factor in compiling this version, but there are a good number of soundboard sources for the tracks so performance has also been taken into account.

Several tracks were not available in live or previous studio versions, a couple of have substituted using B-sides. I have also avoided using alternate mixes, or remixes. In particular the 1997 live version of ‘I’m Deranged’ was not used as that has a feeling much closer to ‘Earthling’ than to ‘1. Outside’, although a live version of ëHallo Spaceboy’ from the 1997 tour is used. Tracks from other albums such as ‘Stay’, ‘The Man Who Sold the Word’ and ‘Andy Warhol’ that were reworked during the mid 90’s were also not used.

There are links and narration taken from ‘The Leon Suites’ to make bridges between the tracks. 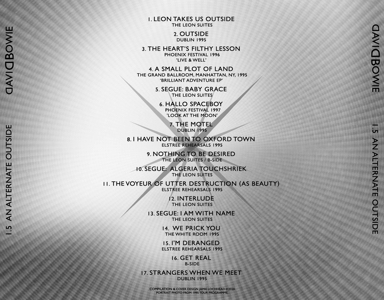 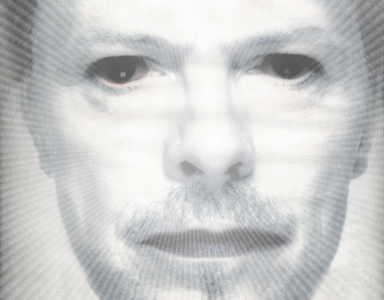 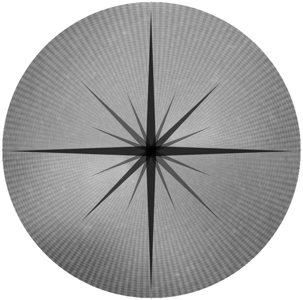 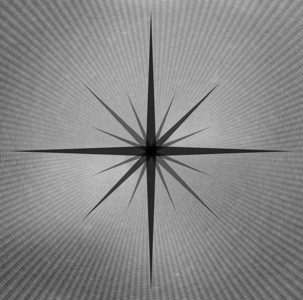