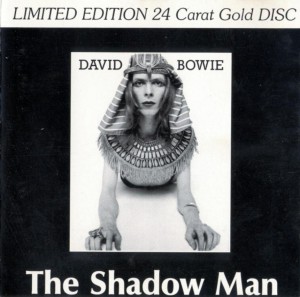 Tracklisting:
01. Looking For A Friend
Studio outtake 1971
02. How Lucky You Are
Studio outtake 1971
03. Shadow Man
Outtake from early Ziggy Stardust sessions .
Later re-recorded for Toy and released as a b-side in 2002
04. Lightning Frightening
Studio outtake 1971)
05. Rupert The Riley
Recorded under the name “Nicky King All Stars”.
Mickey King: vocals ,David Bowie: backing vocals/saxophone ,Mark Pritchett: guitar ,Herbie Flowers: bass ,Barry Morgan: drums
Version without the engine effects at the beginning
06. Tired Of My Life
Demo of a song said to have been written by Bowie aged 16! The lyrics were later used for “It’s No Game” on the “Scary Monsters” album, along with the musical structure for the chorus.

Believed to have been recorded at Haddon Hall in May 1970.

These songs are from around the period of “Hunky Dory”, possibly unused songs from that album’s recording sessions

The sound quality is very good. Most of the songs are “Hunky Dory” outtakes, or for the rumoured cancelled album that should have been released between “Hunky Dory” and “Ziggy Stardust”! 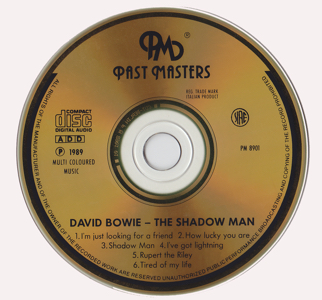