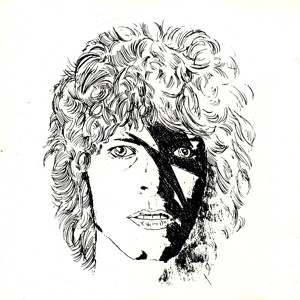 Collector’s notes:
This great CD in fantastic sound quality was taken from a 1987 radio broadcast called Bowie at the Beep. Even after the release of the official compilation of the same name as the aforementioned broadcast, this disc was still great, since it includes two tracks from Bowie’s very first BBC session (from 1967), which was completely ignored on the official product. Nowadays this session is not particularly rare, since it was included in its entirety on the “Deluxe Issue” CD set of Bowie’s first album.
Note that even the BBC employees did obviously not always know the exact origin of the recordings: In the Heat of the Morning is from the 1967 session, and not from a 1968 session, as the announcer claims.