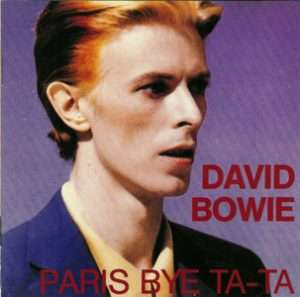 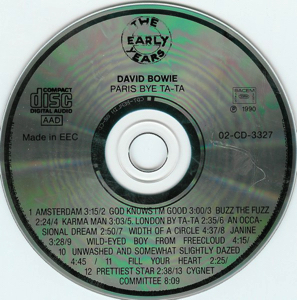 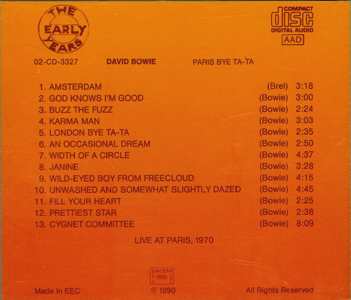 The BBC didn’t include tracks from this show on their “Bowie At The Beeb” broadcast, because the master tape had accidentally been wiped. To everybody’s surprise, a cassette taped from the radio in 1970 surfaced in 1984. Nobody complained that the sound quality was rather poor, John Peel’s introductions had crudely been edited out and ‘Memory Of A Free Festival’ was missing altogether.
The first bootleg LP issue in 1984 was No More Sleeping With Ken Pitt (Citizen Kane Records 001), re-released as We Were So Turned On (idem), and London Studios (idem). A year later, Janine (Fancy Records PCS 70, LP) appeared, on which the sound quality was much better and the original running order of the songs was restored. This album was reissued on CD as The Day And The Moon (Manic Depression CD 016); many re-releases have since followed, i.e. A Semi-Acoustic Love Affair (no label), which has been made from a cassette, and is not a straight copy of Janine.