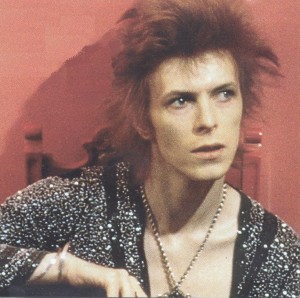 These versions are easily recognized by the distinctive heavy Hype sound. Although ‘Waiting For The Man’ was done twice later for the BBC, this version with its opening power chording cannot be mistaken. Many sources claimed that ‘Supermen’ from this session was found on The ’69 Tapes (Quality Productions QCP 69006) and MissingLinksOneZiggy (Icon One) CDs, but this definitely is not true; this version is a demo. The BBC version can be identified by a slower tempo and the line “And icy-cold in super fear, their endless tragic lives would stretch beyond the lavish gift, infinity, existing perverse serenity”, whereas Bowie sings “Gloomy browed with super fear, their tragic, endless lives, could heave nor sigh, the flesh machines, marble age, wondrous beings chained to live” in the demo on The ’69 Tapes