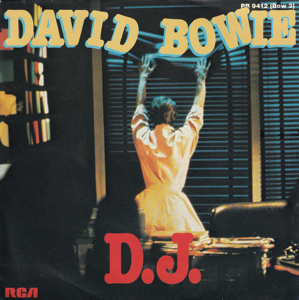 A cynical comment on the cult of the DJ, the track is noted for Adrian Belew’s guitar solo, which was recorded in multiple takes, and then mixed back together for the album track. In a biography of Talking Heads, it is said this song was an attempt by Bowie to sing like David Byrne, who was befriending Brian Eno at the time. The single was an edited version, but was still possibly too uncommercial for substantial chart success – it peaked at No. 29 in the UK and No. 106 on the Billboard Bubbling Under the Hot 100 chart in the US.