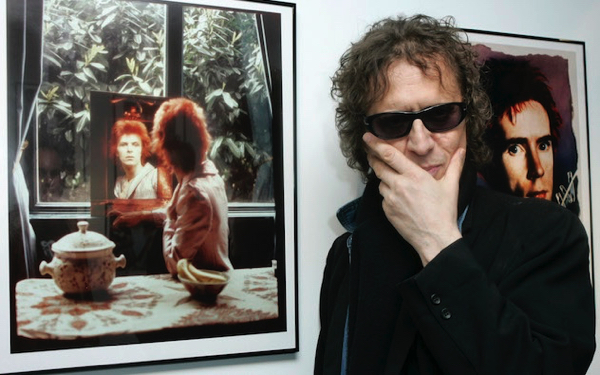 Shot! The Psycho-Spiritual Mantra of Rock is a new documentary about iconic music photographer Mick Rock, who’s shot the likes of David Bowie, Lou Reed, Queen, Blondie, Iggy Pop, Daft Punk, and more. (Many of the most memorable shots of Bowie as Ziggy Stardust are by Rock, who was for a period his personal photographer.) The new clip from the doc features shots of his work through the decades, from the iconic Queen II cover to portraits of Father John Misty. It also hints at some of Rock’s struggles with drug addiction in his early life. In a voiceover, Rock explains his name was a self-fulfilling prophecy and how he started out shooting Bowie:

I think the name infiltrated into my psyche. If you wanted a Rock ’n’ Roll photographer, what would you call him? You’d call him Mick Rock… I hadn’t done a lot of performance photography until David [Bowie] came along. It was designed to give people the idea, “We don’t know who he is, but he’s got a personal photographer, so he must be a big deal.”