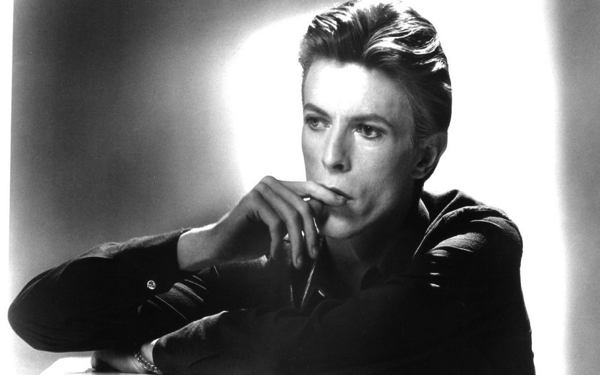 When presented with the full run-down of personnel behind Daphne Guinness’ new album, Daphne & The Golden Chord, you’d be forgiven for feeling more than just a little impressed. With a band comprising Roxy Music’s Andy Mackay, Generation X’s James Stevenson and former Thin Lizzy bassist Gary Liedeman among others, the album’s credentials are firmly nailed down when you learn it’s super-producer and long-term David Bowie producer Tony Visconti at the helm. Perhaps more impressive still is the fact that Visconti only got wise to Guinness’ music thanks to a tip off from the Thin White Duke himself.

To mark the release of her new album, and to pay her dues to the hero who kickstarted her career, Guinness guides us through the 10 defining moments of Bowie’s career as she sees them. You can check out the video for her new single, Talking To Yourself, at the bottom of the page.

Rock ‘N’ Roll Suicide (The Rise And Fall Of Ziggy Stardust And The Spiders From Mars, 1972)

“One of the greatest opening lines of all time: ‘Time takes a cigarette…’

Bowie was the master of taking an old idea and reimagining it in a new context. In this case, he takes the Elvis/50s song style to a new place. I imagine him in an American diner in space. And then the breakdown! His performance in the ‘you’re not alone…‘ section always takes my breath away. He gives it everything. As a singer, you can really admire the passion and energy that has been given in this performance. He means it, man.”

“Another great opening line, as Bowie goes borrowing once again – this time from the cabaret music of Weimar-era Germany, with a superb piano performance from Mike Garson. As a child, I would always turn down the volume at the ‘Wanking to the floor’ part to save the adults embarrassment. I love the way Bowie often goes to an unexpected chord – my co-writer Malcolm says I do exactly the same.”

“Lyrically brilliant Bowie is telling a story in a literary way – an illumination of human relationships and carnal desires, casting the spotlight on the most seedy and glamorous party of all time. In a similar way to Queen Bitch and NYC, it evokes the wild characters of the Sunset Strip scene of that era; perhaps in some way a confessional. I still smile when I cross Sunset and Vine.”

“The Next Day was such a strong and unexpected return and this is Bowie at his best. I love the guitar riff and the way the arrangement is so uncluttered. It is remarkable in its subject matter and a brave thing to tackle, especially poignant in light of the recent school shootings. He always managed to observe and comment on humanity with such poignancy without ever being political. He realised the role of the true artist to create a mirror of the world around him.”

“I came to this song really late, only discovering it a couple of years ago when I toured with Woody Woodmansey and Tony Visconti’s band of the same name. Again, I love the unusual chord progressions, and Mick Ronson’s guitar playing is sublime. Brian May was definitely paying attention to the dual harmony guitars on this song – a sure prototype for what would become his signature Queen sound.”

Five Years (The Rise And Fall Of Ziggy Stardust And The Spiders From Mars, 1972)

“The apocalypse looms! This is an astonishing piece of sci-fi writing, and I don’t think anyone has attempted anything like this before or since. It really does conjure the notion of humanity’s impending doom. The first line ‘Moving through the Market Square’ is a reference to the Friars club in Aylesbury, where the Spiders played their first shows. ”

“Bowie was an avid reader and was fascinated by all things esoteric. This song is full of interesting references from Friedrich Nietzsche’s Superman and Aleister Crowley’s Golden Dawn to Churchill and Himmler. I think it’s an exercise in the dissolution of ego, which I see as informing the blueprint for what was he was going to do next in his re-invention as Ziggy Stardust. Powerful stuff indeed.”

“I loved this song as a small child and even though it’s a novelty song, he was already experimenting with studio technology by vary-speeding the tape to achieve the squeaky gnome voice. It’s a real insight into the mischievous sense of humour which was so much part of him. The first thing I said when I first met him was ‘I love your song The Laughing Gnome‘. He roared with laughter. The great thing about him was his striking nobility and utter lack of pretension. He had a great laugh.”

“I love the way there’s a thread through a lot of Bowie’s work. Once again he revisits the Major Tom persona, and at once kick starts the new romantic movement. He always seemed to be able to spot what was happening underground and fuse it into the mainstream with a magical way of understanding, but always in a deeply original way. The punks, the new romantics, Iggy Pop, Lou Reed, all benefitted from Bowie’s vision.”

“More esoteric evocations and observations in the stations. This time Bowie delves into the Kabbalah – bending sound, dredging the ocean, lost in his circle on the tree of life from Kether to Malkuth – here represented as a train journey culminating with his new persona (the thin White Duke) climbing off the train at a new destination. Bowie claims not to remember recording this album as he was deep in his period of cocaine addiction. Once again, it seems like an evocation of what was about to come. Shortly after this he returned from LA to Europe and got clean for his next album. I have made similar subconscious predictions or visualisations of future outcomes in my own songs often only realising long after.”