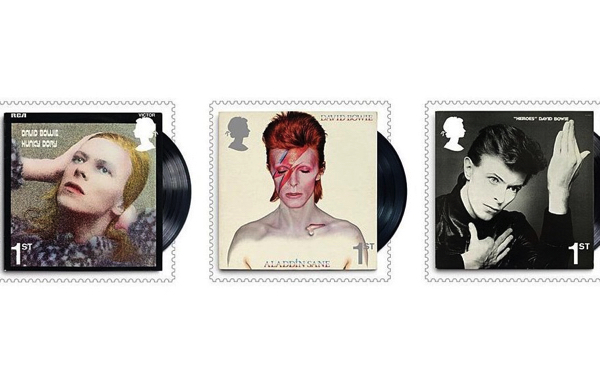 In the year that would have marked his 70th birthday, Royal Mail is issuing a set of 10 stamps to honour David Bowie.

The late singer’s life as ”one of the most influential music and cultural figures of all time” will be celebrated with a collection of 10 stamps, six of which will feature the images of his ‘Hunky Dory’, ‘Aladdin Sane’, ”’Heroes”’, ‘Let’s Dance’, ‘Earthling’ and ‘Blackstar’ album covers, and the remaining four which will feature him performing live on tours across four decades.

The collection is the first time Royal Mail have dedicated an entire stamp issue to an individual music artist or cultural figure.

Philip Parker, Royal Mail stamp strategy manager, said: ”For five decades David Bowie was at the forefront of contemporary culture, and has influenced successive generations of musicians, artists, designers and writers. Royal Mail’s stamp issue celebrates this unique figure and some of his many celebrated personas.”

The stamps and a range of limited edition souvenirs are available to pre-order now at www.royalmail.com/davidbowie and will be on sale from 14 March 2017. 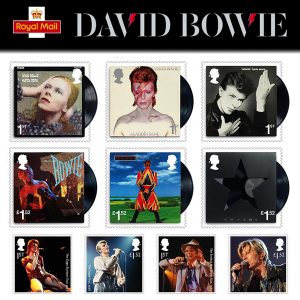 And collectors will appreciate the ”’Heroes”’, ‘Hunky Dory’ and ‘Aladdin Sane’ framed stamp and print sets, which are only available for UK orders and each in a numbered limited edition run of just 950, costing £79.99 each.

Previously, the only other music artists to have a dedicated stamp collection were groups The Beatles, whose tribute was released in 2010, and Pink Floyd in 2015.

Take a look through our David Bowie Special Stamps

The background image is taken from the Glass Spider Tour.

We’re thrilled to reveal the next instalment in our Music Giants Special Stamp series: a tribute to David Bowie, one of the most influential music and cultural figures of all time.

Alongside the Special Stamps, First Day Covers and Presentation Pack, this exciting issue will feature several limited edition David Bowie souvenirs, some of which have an edition limit of just 950.