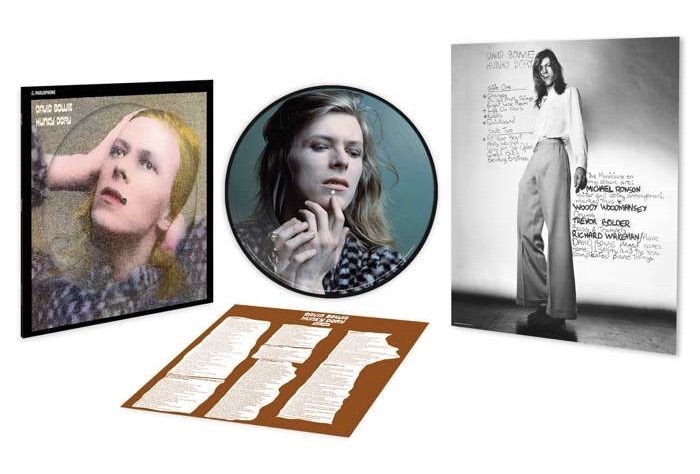 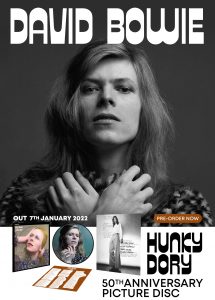 Presale product will be released on Jan 7th.

Originally released December 1971, Hunky Dory is widely regarded as one of Bowie’s finest. Produced by Ken Scott, and recorded at Trident Studios in London, the album includes many of Bowie’s greatest moments such as ‘Changes’ ‘Life on Mars?’ ‘Oh! You Pretty Things’ and many others.

To celebrate the album’s 50th anniversary, this limited edition picture disc comes with a printed cut out sleeve and a poster.