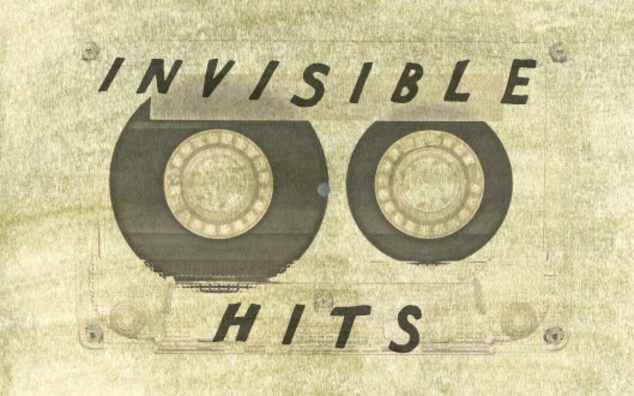 For many listeners, the David Bowie odyssey begins in earnest with his 1969 hit single “Space Oddity.” And for the most part, Bowie himself went along with this timeline, only rarely referencing his early work. But the late musician spent a good half-decade on the margins of the British music scene before Major Tom soared into orbit.

While few would suggest that there are any lost masterpieces lurking amidst Bowie’s juvenilia, there’s a wealth of interesting material to dig into, showing how this ever-changeable artist was chasing the zeitgeist right from the very start. It might be hard to hear just how he developed into the most trailblazing rock star of the 1970s in the tracks selected below … but he always was unpredictable, wasn’t he?

“I used to dream of being Mick Jagger,” Bowie once said. His first recorded attempt to make that dream come true can be heard on this Stones-y single’s A-side, released in mid-1964, when Bowie was just 17 years old. Based around the New Orleans jazz standard “Lil Liza Jane,” the song is a fun romp—and perfectly inconsequential. But Bowie’s committed (and yes, very Jagger-inspired) vocal gives a glimmer of good things to come. Young Davie Jones’ alto sax stylings? Not so much.

The King Bees didn’t last long, but Bowie was just getting started. In 1965, he signed with Pye Records, best known as the the Kinks’ label. And this Bowie original does sound like it was written under Ray Davies’ spell, with a sharp, semi-satirical lyric and a very catchy chorus. Bowie had an abiding fondness for “Can’t Help Thinking About Me,” it seems, reviving it for a time in the late 1990s and early 2000s, and including it on the recent Nothing Has Changed collection. A lovely slice of mid ’60s mod-pop.

Bowie found a new songwriting idol in late 1966, when his then-manager handed him a pre-release acetate of The Velvet Underground & Nico (acquired directly from Andy Warhol himself). “Everything I both felt and didn’t know about rock music was opened to me,” Bowie said of hearing the VU’s epochal debut LP. In short order, he recorded what is likely the very first Velvet Underground cover: a still-unreleased, slightly tame demo of “I’m Waiting for the Man.” He gets points for being (way) ahead of the curve, but Bowie’s “Man” is a bit of a miss. He’d tackle the tune more convincingly later on the BBC in 1970 and with the Spiders From Mars in 1972—and even performed it one last time in 1997 with Lou Reed lending a helping hand.

While this supremely strange, sound effects-laden 1967 curiosity is not a Velvets cover, per se, the lyrics do quote liberally from “Venus in Furs,” Reed’s ode to S&M. Bowie doesn’t seem to be taking his tale of whips’n’bondage very seriously, however, dispensing with “Venus”‘ high drama and replacing it with high camp. “Little Toy Soldier” is by no means a great effort, but it does point the way to some of Bowie’s later, kinkier works.

A spare home demo from 1969, the lilting “Letter to Hermione” is as precious as its title suggests. But it’s also downright gorgeous, a lovelorn ballad worthy of Joni Mitchell that’s enhanced by the lo-fi nature of the recording. “I care for no one else but you,” Bowie sings in his most fragile voice. “I tear my soul to cease the pain.” “Hermione” would later show up on the Space Oddity LP in 1969, but Bowie’s tender performance here carries with it an otherworldly charm.

“Let Me Sleep Beside You” – David Bowie

Is that you, David? This song, recorded in late 1967 (but left unreleased until 1970), is a good place to end, since it is features one of the most recognizably “David Bowie” vocals of his early years. “Let Me Sleep Beside You” is the singer’s first collaboration with Tony Visconti, kicking off a fruitful relationship that would last right up to the end, with the producer manning the boards one last time on Blackstar. The song’s lusty lyrics offer a somewhat rote come-on, but Bowie’s oddly bewitching voice is what sticks with you the most, an arrestingly weird sound amidst fuzz guitars and ornate orchestral accents. The genius hasn’t quite emerged, but he’s lurking in the shadows.