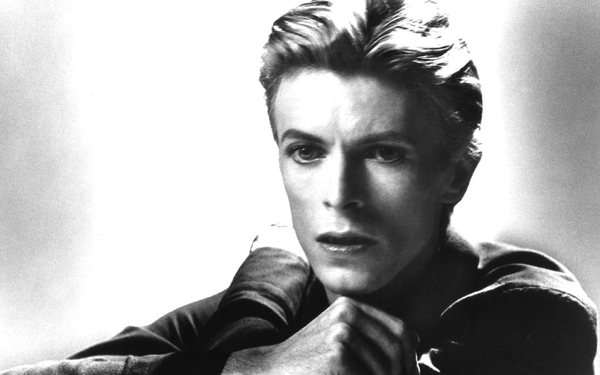 Beside the Berlin Wall, Bowie made music to uplift the world

Fully settled in Berlin, with a work system established and in a far better place, physically and emotionally, than he’d been in years, David Bowie completed the second LP in his Berlin Trilogy quickly and efficiently. He began right after wrapping Lust for Life, his second collaborative home run with Iggy Pop. Bowie co-conspirator Brian Eno had also been on creative fire in Germany. He’d just completed work with “kosmische musik” pioneers Cluster, plus material for his forthcoming solo album, Before and After Science. Then he got down to reuniting with Bowie for Heroes.

The album was recorded at Hansa Studios, a grim, cavernous repurposed Weimar-era ballroom that once hosted Nazi-party fetes and whose windows looked out on soldiers patrolling the Berlin Wall. The city itself shaped the album profoundly. Its instrumentals were reflections of Berlin’s multiculturalism: Bowie played a Japanese koto on “Moss Garden” and a Middle Eastern–sounding sax melody on “Neuköln.” “V-2 Schneider” references krautrock godfathers Kraftwerk.

The Berlin influence came through most explicitly in the theme of Heroes‘ uplifting title track. In what is arguably his greatest vocal performance, Bowie tells a story of determined lovers meeting in the shadow of the Berlin Wall (a scenario inspired, it turned out, by Bowie’s glimpse of Tony Visconti and his girlfriend embracing). The narrative is borne by Robert Fripp’s otherworldly guitar work. “I went into the large control room with a Les Paul around my neck and a large Marshall stack, and the guitar sound is produced simply by feedback,” Fripp recalled. Eno claims he knew “Heroes” would be a great song “from the very first moment those guys started playing it.” Recording his vocals after the music had been laid down, Bowie testified that “Fripp’s plaintive guitar cry really triggered something emotive in me.

“The world agreed: It wasn’t a hit, but “Heroes” may be Bowie’s most admired song. When asked why it’s had such continuing resonance, Fripp responded simply, “Because David was speaking to what is highest in all of us.”

The European leg of David Bowie’s Isolar II world tour wrapped up with a three-night stand at London’s Earls Court in late June and early July of 1978. Bowie and a killer seven-piece band had been on the road since March supporting Lowand Heroes, though their set highlighted material from nearly all of his 1970s albums. They were a tight machine by the time of the Earls Court gigs and Bowie had the foresight to bring in filmmaker David Hemmings to film the shows.

All three nights opened up with the low, instrumental “Warszawa” that went directly into the title track to Heroes – which you can watch here. He recorded the song at West Berlin’s Hansa Studios in the summer of 1977, directly in the shadow of the Berlin Wall. The sight of producer Tony Visconti kissing backup singer Antonia Maas near the enormous stricture inspired Bowie to write a tale about two lovers embracing near the wall as “guns shot above our heads.” Visconti was married at the time, so Bowie fibbed about the true inspiration of the song for years, finally fessing up in the early 2000s.

The footage of the Earls Court show has yet to be professionally released. “I simply didn’t like the way it had been shot,” Bowie said in 2000. “Now, of course, it looks pretty good and I would suspect that it would make it out some time in the future.” It’s 16 years later and we’re still waiting for that future moment, but thankfully a pristine copy of the entire show has wound up on YouTube. But they really should remaster it and put it into movie theaters. The Stage live album was recorded earlier in the tour and this is a far better show. It should be shared with the world.