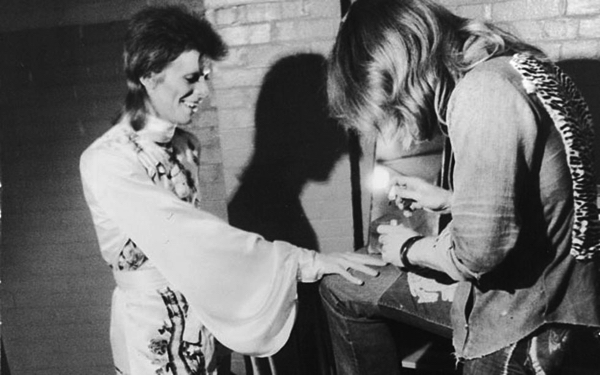 On Sept. 22, 1972, David Bowie brought Ziggy Stardust to the Cleveland Music Hall on the opening night of the U.S. leg of his tour. His album The Rise and Fall of Ziggy Stardust and the Spiders From Mars had been released three months earlier; this was America’s first-ever glimpse of the budding superstar.

Shortly before her death in 2011, The Plain Dealer writer Jane Scott recalled the show: “He sailed over; he won’t fly, his wife said. Orange-haired Bowie, one of the most important figures of ’70s rock, seemed a little awkward at an earlier press conference, but after his smash show, he eluded his security guards and was eager to talk about coming shows. We reporters sensed that a star was born that night.”

Scott was spot-on with her assessment. A sold-out performance at New York’s Carnegie Hall six days later turned the nation’s heads and led to the tour being extended for another two months.

But as much as Ziggy was loved, by the next year Bowie was ready to move on. In July 1973, on the last night of the tour at the Hammersmith Odeon, Bowie, possibly due to a rift with the Spiders over money, told the crowd, “Of all the shows on the tour this particular show will remain with us the longest, because not only is it the last show of the tour, it’s the last show we’ll ever do.”

CLEVELAND, Ohio – The Beatles famously took Cleveland by storm the week of their performance at Public Auditorium in September 1964. But they weren’t the only legendary British musicians to stop at the venue during their golden years.

Eight years later, David Bowie and his band, the Spiders from Mars, would kick off their first United States tour at Public Auditorium’s Music Hall on Sept. 22, 1972. Bowie, who was inducted into the Rock and Roll Hall of Fame in 1996, died 10 January 2016 at the age of 69 after battling cancer for years.

It’s important to point out Cleveland was the starting point for his run in North America. When Bowie touched down in Ohio, he was just months removed from what may have been his greatest and most well known album – “The Rise and Fall of Ziggy Stardust and the Spiders from Mars.”

Bowie’s brief, but powerful set list inside the Music Hall included “Life on Mars?,” “Space Oddity,” “Suffragette City” and a few others.

“He sailed over; he won’t fly, his wife said,” The Plain Dealer’s legendary music critic Jane Scott wrote. “Orange-haired Bowie, one of the most important figures of ’70s rock, seemed a little awkward at an earlier press conference, but after his smash show, he eluded his security guards and was eager to talk about coming shows. We reporters sensed that a star was born that night.”

The show at Public Auditorium was just the beginning of an epic run for Bowie. He sold out New York City’s Carnegie Hall a week later and spent the remainder of the 1970s releasing landmark albums like “Aladdin Sane,” “Low” and “Young Americans.”

Bowie played two more shows at Public Hall that November, including a lengthy set on Nov. 25, 1972 with an opening featuring “Drive-In Saturday” and capped by “Rock ‘n’ Roll Suicide.”

Bowie would play in Northeast Ohio a dozen more times over his storied career, including a stop at Cleveland State University in 2004. One of Bowie’s most memorable shows came alongside Nine Inch Nails at Blossom Music Center in September 1995.

The album was reissued on vinyl as part of Record Store Day last year. It’s just one of several Bowie projects worth revisiting in celebrating his iconic and influential career. 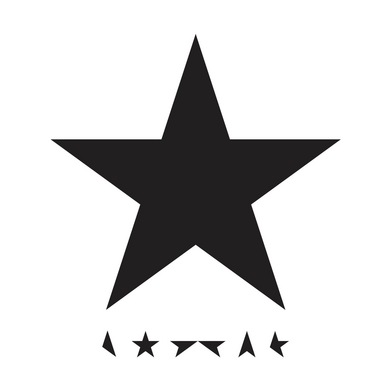 David Bowie has tapped into his past personas — and found a few more — for his last Studio album, “Blackstar,” which is due out on his 69th birthday .