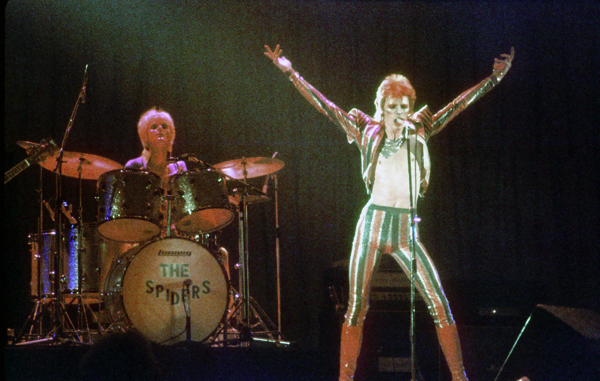 David Bowie‘s masterpiece ‘The Rise and Fall of Ziggy Stardust and the Spiders from Mars’ was rejected by the late star’s label because they felt it lacked a lead single.

In an interview with the Quietus, session drummer Woody Woodmansey, who worked with Bowie on a number of records including ‘Ziggy Stardust’, revealed that RCA Records initially refused to release an early version of the album.

“We’d finished recording the ‘Ziggy Stardust’ album at that time and it went into the record company. They said: ‘We can’t release this. It doesn’t have a single on it!’” Woodmansey said.

Bowie, however, was unfazed by the rejection, quickly turning around a single – ‘Starman’, one of his greatest hits, in a month.

“So, we came out of the studio and in about a month he had written ‘Starman’ and we were back in the studio by January,” Woodmansey told the Quietus. “It was an obvious single! I think Mick and I went out in the car after David played it for us the first time, and we were already singing it, having only heard it only once.”

Elsewhere in the interview, Woodmansey talks about Bowie’s unusual instructions to his session musicians and recalls how the musician explained the concept of ‘Life on Mars’ to him.

Last night, David Bowie won the top prize at the BRIT Awards, with his son accepting the Best British Album award on his behalf.