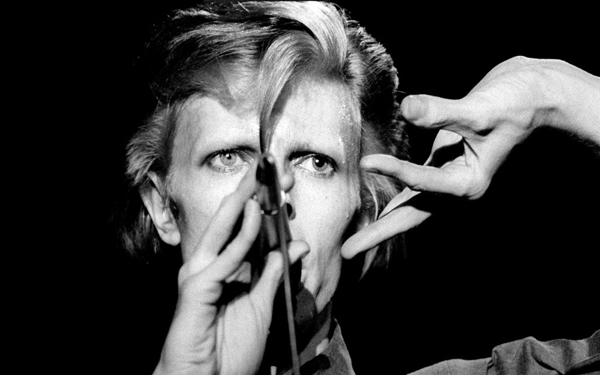 David Bowie is a singer who has become synonymous with positivity and creative energy. But while the Starman can boast one of the most diverse careers in rock music, he certainly had his darker moments. So while it can be easy to focus on the glittering moments of his shining journey to the top of the rock pile, it is also worth remembering the singer’s troubled side too.

One place for artists that is often the most revealing is within interviews. Removed from their creative rock star bubble and placed in the face of a journalist looking to grab a headline, singers and bands can often be swept away by the intelligence or persistence of their interviewer. For David Bowie, it was more than likely down to their inability to comprehend him and, of course, the large number of drugs he was consuming at the time. The seventies saw Bowie hit his professional peak and perhaps one of his lowest personal moments.

There’s one interview which sadly captured these two facets of Bowie’s juxtaposing life with supreme clarity. David Bowie’s cocaine addiction had begun to swirl out of control by the time he arrived at The Dick Cavett Show in December 1974. The Thin White Duke never looked thinner or possessed more white and it made for one of the most infamous interviews in pop history.

Bowie had previously ‘cracked’ America a few years prior with Ziggy Stardust and had continued to gather up fans as he portrayed the filthy side of glam rock on stage, captivating the hearts and minds of America’s outsider generation. But while on stage he was Ziggy, the alien rock star from outer space, off stage his drug-taking had continued to increase and had begun to render him useless.

Though Bowie put Ziggy to bed and essentially killed off the persona for good, the flame-haired role had continued to swarm over Bowie’s real life. It meant when he was beginning to get on the promotion tour for his upcoming new album Young Americans he was in the throes of a sticky situation and personal dilemma.

Part of what makes the below video somewhat watchable is the knowledge that Bowie did eventually get a grip on his drug habits and curtailed them effectively and without much public fuss. Taking himself to Berlin to get clean and create some of his most notable works. However, watching the show back in 1974, as a fan of the Starman, one might have been worried about the singer’s health and his future.

Before sitting down with the famed hos, Cavett, Bowie performed three songs for the audience at home. As well as singing ‘1984’ and a medley of two covers, ‘Foot Stompin’ and ‘I Wish I Could Shimmy Like My Sister Kate’, Bowie also treated the audience to a performance of ‘Young Americans’ which wouldn’t be released until February the following year. Bowie’s singing is truly all over the place and his performance is constricted at best. But at least there is the R&B legend, Luther Van Dross, acting as back up singer as an extra easter egg.

It’s when Bowie sits down to chat with Cavett that things go from bad to worse. Bowie is fidgety, he refuses to make eye contact with his interviewer and sometimes laughs uncontrollably. It’s a painful thing to watch and if you’ve ever seen someone under the influence of drugs, a stark reminder of their isolating power. Something Bowie knew all too well at this stage in his life.

Cavett manages to negotiate the interview with the calm hand of a consummate pro that he is. It alleviates some of the stress of watching such an incredible artist become a little crippled by his relaxation method. It’s a tale as old as time and could have easily ended in the same way a thousand other cases did, with premature death and a legacy left unfulfilled.

Luckily, Bowie was never one to follow the path laid out for him. Instead, he went to Berlin, got clean, and became one of the most notable musicians of the 20th century. For now, take a look back at David Bowie’s infamous appearance on the Dick Cavett show in 1974.