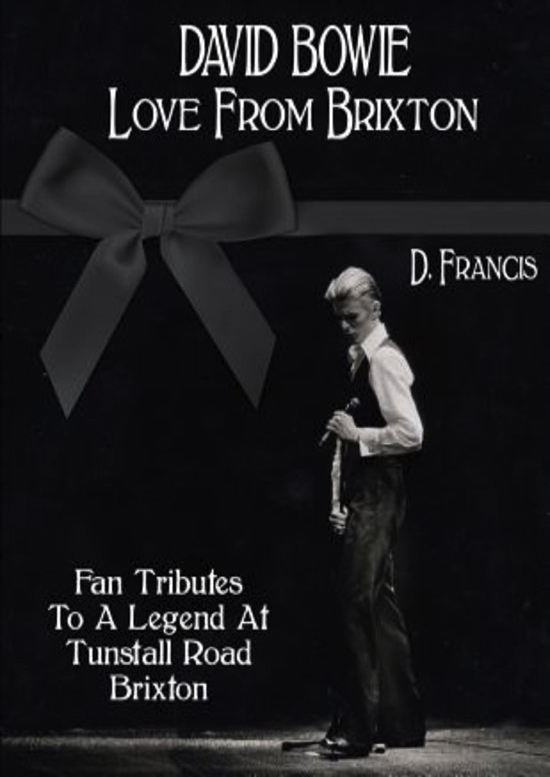 David Bowie was born in Brixton, south-west London in 1947. On 11 January 2016, the world woke to the sad news that David Bowie had died the previous day. His death occurred after a courageous eighteen-month battle with cancer. The news shocked millions of fans around the globe. A legend, an innovator, a visionary, his influence cannot be overstated. His career spanned over five decades. The eternal Rebel Rebel, provided the soundtrack to the lives of many generations. An artist of now, who was constantly contemporary, a trail blazer. In 2013, James Cochran was a featured artist at the Opera Gallery, for the Many Faces of David Bowie exhibition. He was one of many artists that portrayed David Bowie in various contemporized styles. His presentation was a painting of the Aladdin Sane album cover on a white background. James Cochran, an Australian street artist, used spheres and drips to create his art. After undertaking further research, he decided to pay homage to David Bowie in Brixton; his birth place. Across the road from Brixton underground station, a vacant space on the exterior wall of the Morleys Department Store seemed the ideal location. After discussing the matter with the manager, it was agreed that James Cochran could create the now famous Aladdin Sane mural. The Tunstall Road mural became the center of attention following the death of David Bowie. David Bowie: Love from Brixton, provides a photographic record of the beautiful tributes left underneath the Aladdin Sane mural, Tunstall Road, Brixton, from January to March 2016.

D Francis and Daniel Francis have also produced memorial books for George Michael and David Bowie; and two books documenting Trump’s Speeches for the First 100 days of his Presidency; a co-parenting communication book. Further books on George Michael are planned.

The most recent book is an Essay on Machiavelli.

D Francis and Daniel Francis are independent authors/self-publishers, all books are printed to order by Amazon. As a result, the cost of colour books can be high. Most of the price is production/ print costs. Please support these indie authors.