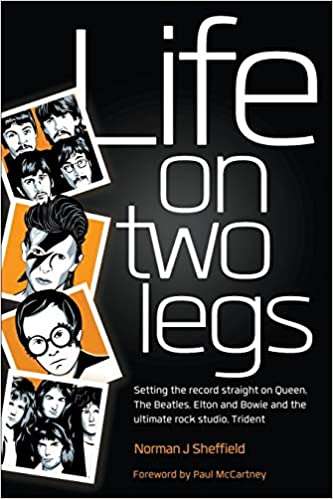 The Original Manager of Queen and founder of Trident Studios, London, breaks his silence for the first time in an explosive autobiography about how Queen were discovered and what really went on behind the studio doors with Queen, The Beatles, Bowie, Elton John and many more .

Recording some of the biggest selling songs of all time such as “Hey Jude”-The Beatles, “Space Oddity”-David Bowie, “Candle in the Wind”-Elton John and many others, Trident was at the epicentre of the music industry’s biggest names but it was one band in particular that caught the eye of the ex-drummer – a four piece unknown band called Smile. That band, under Sheffield’s management, went on to become one of the biggest selling artists in the world – that band was Queen. It was a tumultuous relationship filled with twists, turns, trials and tribulations, scandal and rumour and one that ultimately led to an acrimonious split. Queen’s volatile leader Freddie Mercury famously dedicating the opening track on their Night of the Opera album to Norman: Death on Two Legs.

Funny, fascinating and occasionally irreverent – and with a foreword by Sir Paul McCartney -this is an unmissable memoir that brings to vivid life some of rocks greatest characters.

With original unseen photography and copies of the original 1972 Queen Contracts- this book shines a light on a time that could never exist in today’s society, a place in rock and roll history that – in Freddie Mercury’s own words – was guaranteed to blow your mind.