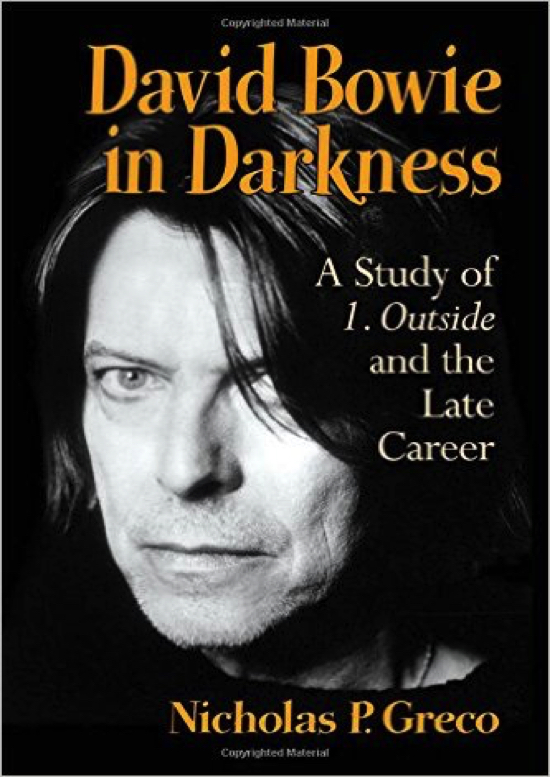 David Bowie in Darkness: A Study of 1. Outside and the Late Career

As an artist, David Bowie is widely considered a chameleon, shedding one persona to create a new one and thus staying popular, relevant and compelling. In reality, Bowie is able to work with the resources around him to create something new, causing many to see him as a sort of lone artist rather than a collaborator in the creation of his own celebrity. Since mid-career, Bowie has presented himself as a figure in darkness, progressively more hidden. He requires an audience for his continued celebrity but works against that audience in the creation – or rather the destruction – of his star image. This tension is made clear in his 1995 album 1. Outside, which has him performing for an audience while simultaneously shunning them.
This book explores Bowie’s negotiation of his celebrity during his later career, with particular focus on 1. Outside, an album symptomatic of deep-seated societal and personal anxiety.

Review
“Bowie’s guitarist Reeves Gabrels provided information for the author, contributing to what makes this a valuable book for Bowie fans and scholars alike. […] Overall, a worthy addition to the canon of work about Bowie’s art.” – Hellbound