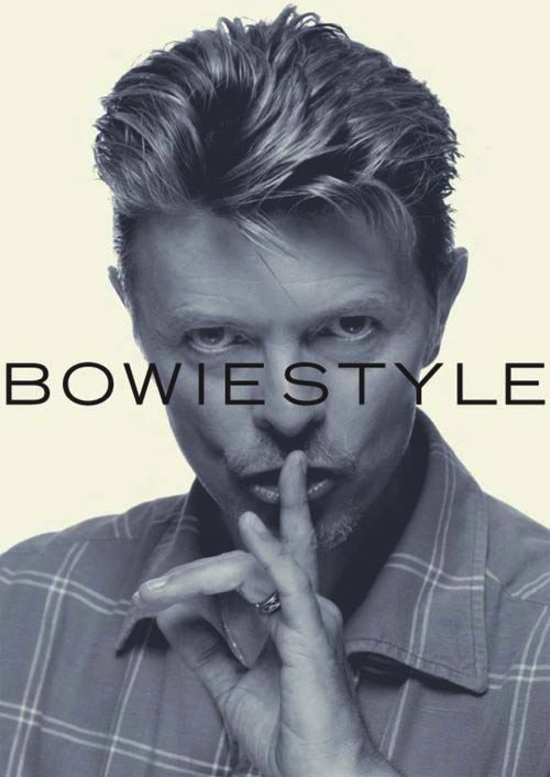 A richly illustrated 160-page chronicle of pop’s greatest exponent of style. This visual examination of a celebrated multi-faceted career documents the impact of David Bowie on twentieth-century fashion and culture, brilliantly capturing his spatial odyssey from dedicated follower to supreme arbiter of rock chic. As the book says, ‘Bowie’s style has always amounted to more than clothes, hair and cosmetics. Style, for Bowie, is inextricable from art…it is less a flight from reality than an entire way of life.’ The range of photographs is staggering. From his humble Brixton beginnings to the classy pop icon in the last quarter of the old millennium (every year from 1962 to 1999 is amply represented), the book shows a changing glamour gallery of Bowies down the years, all different and yet somehow all unified by an unerring grasp of Style with a capital S. Whether it’s on-stage with The King Bees in the Sixties, off-stage at Haddon Hall in the Seventies, on-stage (again) with Iggy Pop in the Eighties, or back-stage with Morrissey in the Nineties, Steve Pafford, editor of the UK’s ‘Crankin’ Out’ Bowie fan club magazine (PO Box 3268, London NW6 4NH), has unearthed some fascinating pix. There are close to 500 images in BowieStyle, an all-time high, and around 40% are guaranteed previously unseen. There’s also an exclusive two-page interview with photographer Mick Rock, contributions from ex-manager Ken Pitt, as well as previously unpublished extracts of Crankin’ Out’s interviews with collaborator Tony Visconti, clothes designer Natasha Kornilof and Manish Boy Bob Solly. The informed, incisive text and picture captions are also littered with quotes from David himself, compiled from various media interviews conducted over the years, as well as his chats with Crankin’ Out, which appear in print for the very first time