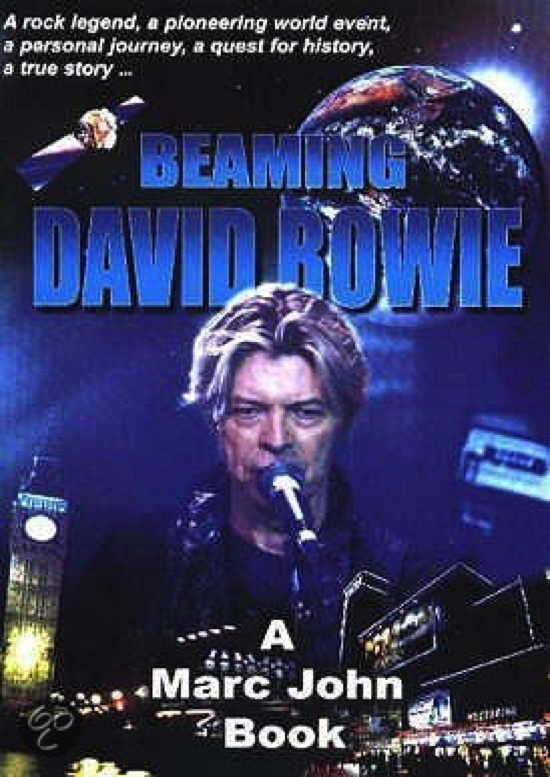 Summary
A rising hotshot in the cinema business loses and then rediscovers his spirituality along the way to making history with David Bowie. In the autumn of 2003 author Marc John organised a live satellite broadcast of a specially produced David Bowie concert which was shown exclusively in cinemas around the world. This marked the first time ever that a live event had been beamed to cinemas world-wide, and reflects the coming of ‘ digital cinema ‘, which is seeing the cinema industry steadily adopt satellite dishes, hard drives and digital projectors to diversify cinema programming to include live music, sports, interactivity and video games, for the first time in cinemas 100 year old history. This book goes behind the scenes as this major, revealingly digital transition takes place, culminating with the fast paced, high flying experience or affirmation David Bowie to tens of thousand or fans across four continents in sold out, rocking cinemas. But at what price to the authors spiritual direction did this historic landmark and career height cost? As an aspiring actor/playwright in New York in his teenage years, a former political candidate back home in England in his 20s and a guerrilla movie maker whose low budget digital video experiments brought him into the executive ranks or Odeon, the UKs biggest cinema chain, the author discovered, through many improbable adventures leading up to the Bowie gig, the journey in life that we are all on. And this book is as much about the change within as it is about the change around us as the digital age gathers pace in transforming every area of our work and lives.

Part autobiographical, part fact, the book lurches between the author’s quest for spirituality and embarkation on a project which would place him at the centre of “the cinema industry’s first full blown digital distribution business”.

In the late ’90s, while there were numerous digital operators emerging to provide an alternative to 35mm projection, no strategic partnerships providing an end to end solution had been established.

John, recognising this as an opportunity, launched Quantum digital and became the first head of digital cinema for Odeon UK.

Quantum’s first major digital cinema project was the worldwide live broadcast of a Bowie concert in 1999. In addition to the Bowie screening, the book offers an insight into the diverse range of alternative programming digital enables cinemas to provide. This is the interesting bit, as the live satellite broadcast of the Bowie gig was an amazing pioneering use of the digital equipment.

If John had stuck to the facts, disposed of the numerous dodgy metaphors, egotistical statements and refrained from referring to himself as “The Man”, the end result would have made a great article for Screen Digest.

A good read, on the whole, it does not make.

Marc John is well read in spiritual and esoteric literature and is also a well versed student of mythology and anthropology with a well rounded knowledge of the trappings and promises of the spiritual marketplace
(Visited 11 times, 1 visits today)
Back