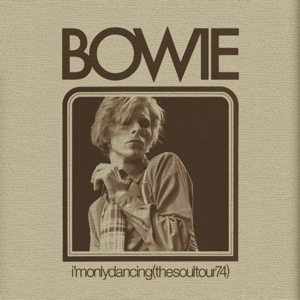 Unreleased David Bowie concert tapes will be dusted off after 45 years in the vault and released for Record Store Day 2020, Parlophone has announced. I’m Only Dancing (The Soul Tour 74) puts the spotlight on the period between Diamond Dogs and Young Americans as Bowie began embracing the sounds of Philadelphia and emerged with a new reconfigured group, new stage design, and new songs to perform.

The 2-LP or 2-CD set draws from recently discovered tapes of performances at the Michigan Palace in Detroit, recorded in October ’74, and Nashville’s Municipal Auditorium the following month. The setlist covers the full range of his career to date, including tracks that would eventially be released on Young Americans, plus songs from Space Oddity/David Bowie, Hunky Dory, Ziggy Stardust, Pin Ups, Diamond Dogs, and a handful of covers. The music has been sourced from the best available tapes and while the press release notes that the tapes at times sound their age, the quality never detracts from the performances and the historical significance of these recordings outweighs any possible sonic imperfections.

You’ll only be able to find this set at your favorite brick-and-mortar shop as part of the Record Store Day celebrations on April 18. And, don’t forget, you can also pick up CHANGESNOWBOWIE, a 1996 acoustic radio show that we covered here. Keep scrolling for all the details on I’m Only Dancing (The Soul Tour 74) !

Recorded at the Michigan Palace, Detroit on 20th October, 1974 and * at the Municipal Auditorium, Nashville on 30th November, 1974. 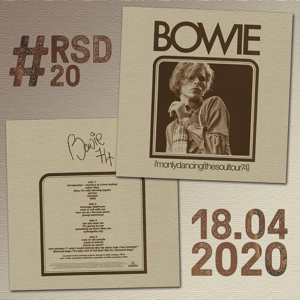