• Black Tie White Noise is the eighteenth studio album by David Bowie. Released in 1993, it was his first solo release in the 1990s after spending time with his hard rock band Tin Machine, retiring his old hits on his Sound+Vision Tour, and marrying supermodel Iman Abdulmajid. This album featured his old guitarist from the Ziggy Stardust era, Mick Ronson, who died of cancer later in the year. This album was inspired by his own wedding and includes tracks such as “The Wedding” and its reprise at the end of the album as a song reflecting the occasion.
• The album is commonly viewed as the start of an artistic renaissance for Bowie, whose creative enthusiasm and career had suffered in the late 1980s after a series of poorly received albums.
• The album debuted at number one in the UK album charts two weeks after its release, his last No. 1 UK album until 2013’s The Next Day. 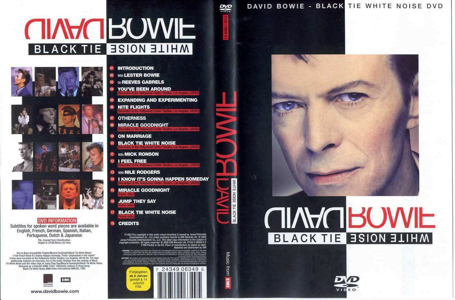