Serious Moonlight is the title of a David Bowie concert video; originally filmed on the singer’s 1983 “Serious Moonlight Tour” in Vancouver (12 September night), it was released on video and laserdisc in 1984 and on DVD in 2006. The concert includes most of the songs from the concert although Star, Stay, The Jean Genie, Red Sails and Modern Love were left off the release due to time constraints (although they were not reinstated for the 2006 DVD release).

A live version (audio only) of “Modern Love”, recorded in 1983 at a show in Montreal and originally released as the b-side to the studio version of the same song, can be found elsewhere on the 2006 DVD release as background music for the photo gallery.

Track listing
All songs were written by David Bowie, except where noted. 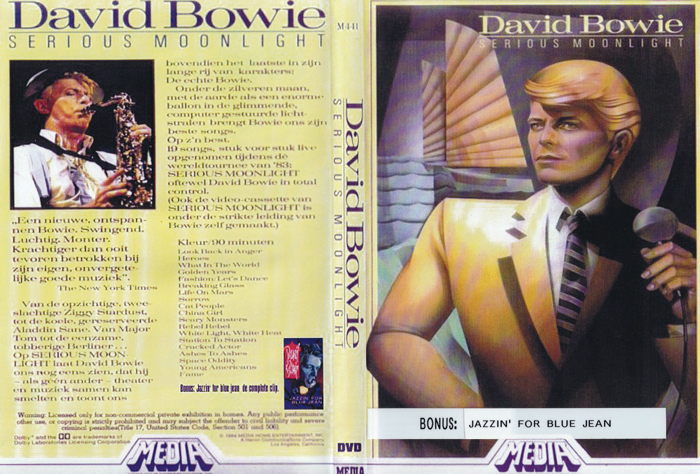